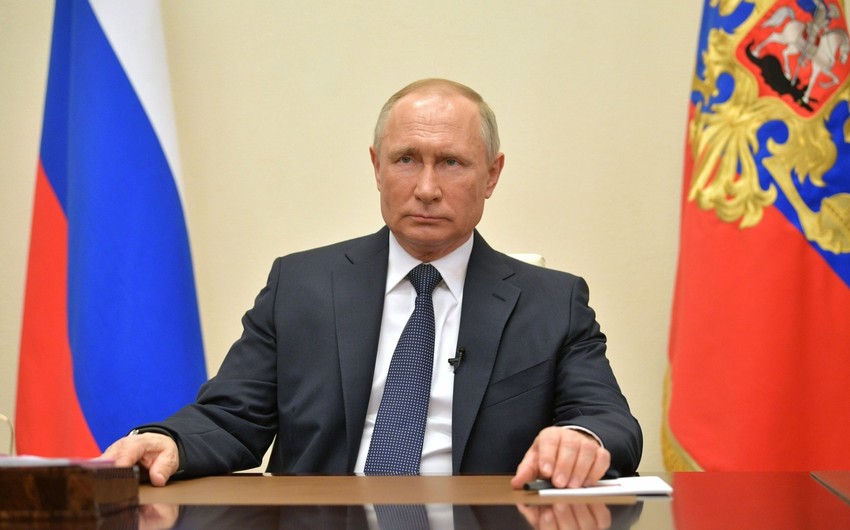 “Putin is seen to be passing a point of no return that will prolong the war and scuttle even the remotest chance of negotiations by obliging Russia to fight perpetually for Ukrainian territory, some of which it does not currently control,” The Guardian wrote, Report informs.

“On September 30, the Russian president is expected to sign into law the annexations of four Ukrainian regions – Kherson, Zaporizhzhia, Donetsk, and Luhansk – where Russia held fake referendums over the last week to claim a mandate for the territorial claims.

Decrees of September 29, made public by the Kremlin, said Putin had recognized Kherson and Zaporizhzhia as independent territories. This is an intermediary step needed before Putin can go ahead with plans to unilaterally declare on September 30 that they are part of Russia.

The plan to sign treaties on September 30 annexing the territories in occupied Ukraine will mark a major escalation of Russia’s seven-month-old war. Putin has said he is ready to defend those territories using all available means, indicating he would be willing to resort to a nuclear strike to avert Ukraine’s efforts to liberate its sovereign territory,” said The Guardian.

The author noted that Volodymyr Zelenskyy said Russia would be annexing itself to a “catastrophe” and vowed that Moscow would get no new territory.

Ukraine and its supporters have decried Putin’s threats as “nuclear blackmail”. In remarks earlier this week, the Ukrainian president, Volodymyr Zelenskyy, vowed to defend and free Ukrainians in the occupied territories.

“This farce in the occupied territory cannot even be called an imitation of referendums. We will act to protect our people: both in the Kherson region, in the Zaporizhzhia region, in the Donbas, in the currently occupied areas of the Kharkiv region, and in the Crimea,” The Guardian said.

The author added that Ukraine’s presidential office said Zelenskiy had spoken to his Polish counterpart, Andrzej Duda, on September 29 about the international reaction to Russia’s illegal referendums. Zelenskyy also had a call with the outgoing Italian prime minister, Mario Draghi, on the same day. According to Zelenskiy’s office, the main topic of their discussion was the need for a firm reaction to the fake referendums.