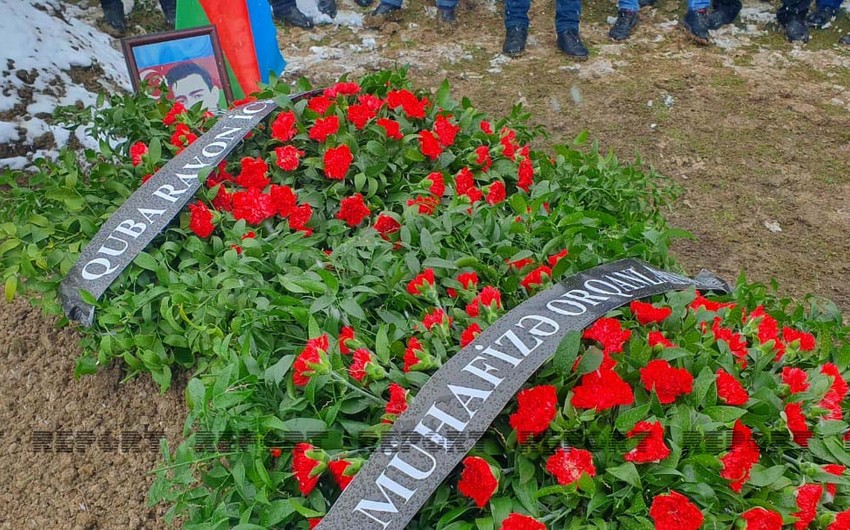 According to Report’s northern bureau, he was buried in the Alpan village of Guba, where he was born and grew up.

The relatives of him, the chief of the Executive Power of Guba region Ziyaddin Aliyev, the heads of the law-enforcement bodies of the region, the villagers, and the representatives of the regional public took part in the funeral ceremony.

Ziyaddin Aliyev presented the tricolor flag wrapped in the coffin of the martyr to his relatives.