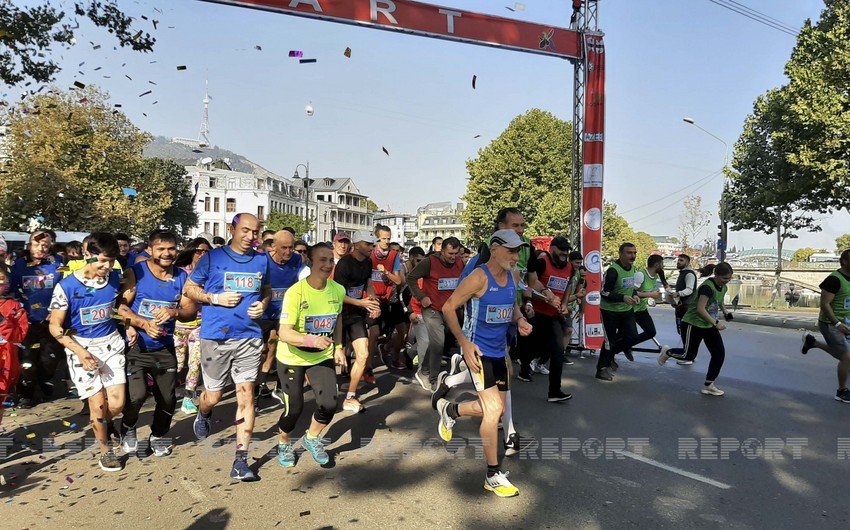 A marathon between Georgia’s Tbilisi and Rustavi cities dedicated to October 18 – the 30th anniversary of Azerbaijan’s Independence Day has begun, Report informs.

The distance of the marathon, which started from the park named after Heydar Aliyev in Tbilisi, is 30 kilometers.

About 300 participants took part in the race. The first three marathoners in the men’s and women’s categories, who cross the finish line near the Heydar Aliyev Park in Rustavi, will be awarded medals, diplomas, and various prizes. Other participants who reach the finish line will receive certificates.