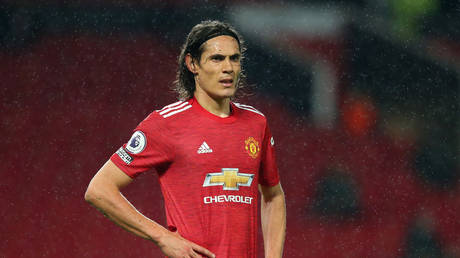 Manchester United forward Edinson Cavani has apologized following a backlash over a social media post in which the Uruguayan used the term “negrito”, leading to accusations of racism against the star.

Cavani came under unwanted scrutiny when he responded to congratulations on Instagram after his two-goal heroics in Manchester United’s comeback win against Southampton in the Premier League on Sunday.

“Gracias negrito,” wrote the 33-year-old star in one message, using a term in Spanish which translates as ‘little black person.’

The former PSG frontman later deleted the post, but not before it had been seized upon as being potentially offensive, prompting an FA investigation and a possible three-game ban for Cavani.

The Uruguayan, who joined the Old Trafford club in the summer after a seven-year stint in France, on Monday apologized for any misunderstanding over his post.

“The message I posted after the game on Sunday was intended as an affectionate greeting to a friend, thanking him,” said the forward.

“The last thing I wanted to do was cause offence to anyone. I am completely opposed to racism and deleted the message as soon as it was explained that it can be interpreted differently. I would like to sincerely apologise.” 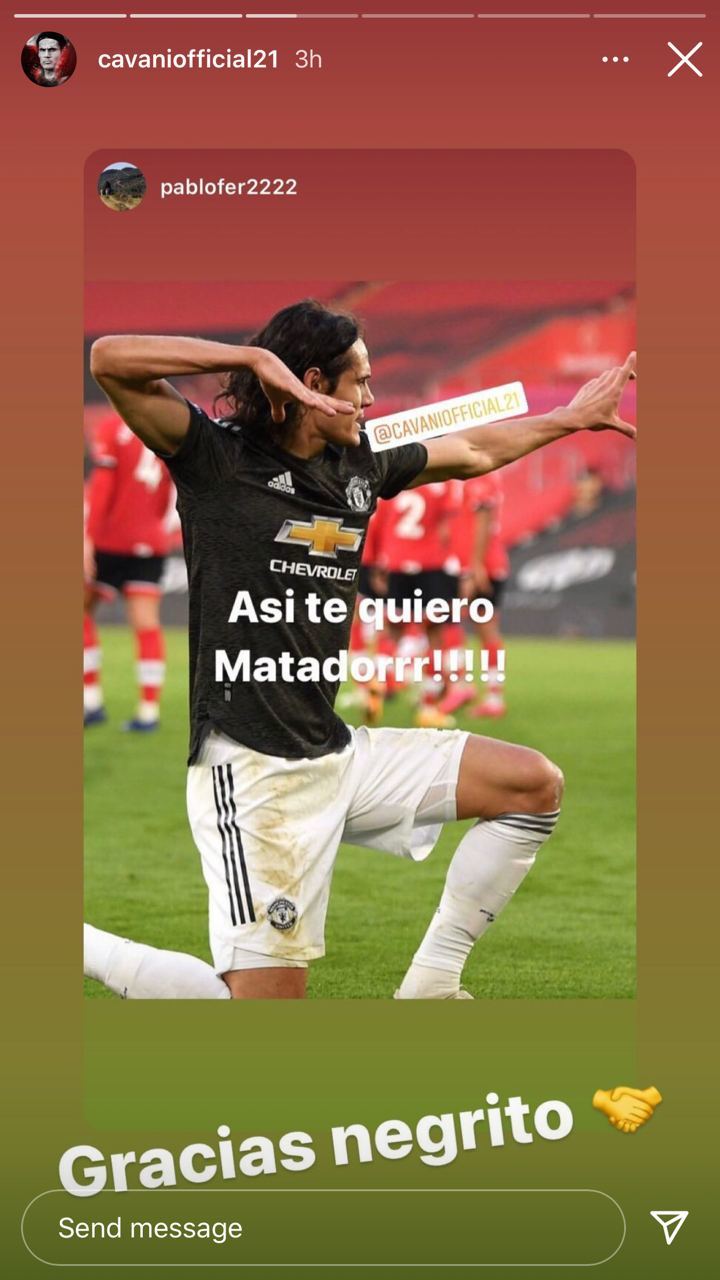 Adding to the contrite words from their star, United said there had been no racist intentions in Cavani’s message.

“There was absolutely no malicious intent behind Edinson’s message and he deleted it as soon as he was informed that it could be misconstrued,” the club said.

“Manchester United and all of our players are fully committed to the fight against racism.”

Cavani’s critics have claimed he should be sensitive to the use of racial terminology given his new surroundings, while his supporters have pointed out that in South American culture there is little if any negative racial connotation to the use of the term, which can essentially be used in the same way as ‘mate’.

Fans offered differing views on Cavani’s case, with some claiming there was no need to apologize for something written in his native language and which would not be construed as racist in his homeland.

“People should be apologising to Cavani for branding him with a potential life-changing term,” wrote one fan.

“The state of English people to think he owes us an apology for something from his culture, that isn’t in any way racist… we’re honestly the most unwelcoming nation out there at times.”

Another fan said an FA ban for the star would be inevitable, but that it was “pandering to the PC brigade.”

People should be apologising to Cavani for branding him with a potential life-changing term. The state of English people to think he owes us an apology for something from his culture, that isn’t in any way racist… we’re honestly the most unwelcoming nation out there at times.

Literary no one was offended by the message.

If Cavani gets suspended for using an endearing term in an affectionate way towards a fan then im done, why do people try their best to get offended by everything…

And THAT should be the end of it. But it won’t be and it’s guaranteed that the FA will ban him for no reason other than pandering to the PC brigade. The FA don’t do common sense, never have and never will.

Others however welcomed any potential sanctions against the star, with one writing: “Indeed, he is right to apologise and clearly meant no harm by it but that is no excuse.

“The inevitable ban is deserved and hopefully the club take it in the right way. I am just surprised that these players don’t have somebody checking these tweets.”

Indeed, he is right to apologise and clearly meant no harm by it but that is no excuse. The inevitable ban is deserved and hopefully the club take it in the right way. I am just surprised that these players don’t have somebody checking these tweets…

Speaking on TalkSport, Watford captain Troy Deeney suggested Cavani should be sanctioned for even more than three matches to make an example of the star’s supposed ignorance.

Read more:   US claims 'no one' wants to allow Iran to buy & sell weapons as arms embargo set to expire

Cultural context may not help Cavani’s case with the FA, who have been quick to jump on any perceived racism in social media output from players.

Portuguese star Silva was slapped on the wrist for posting and then deleting a tweet comparing Man City teammate Benjamin Mendy to a cartoon figure on a brand of Spanish chocolate.

Spurs ace Alli was banned and fined for a video filmed at an airport lounge in which he was seen wearing a mask before zooming in on an Asian man in the background with the caption ‘Corona whatttt’.