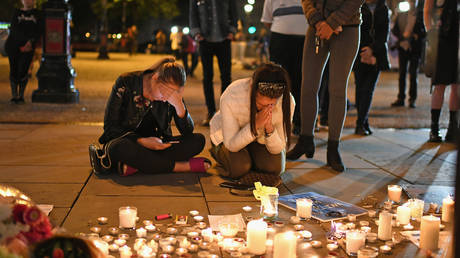 Members of the public attend a candlelit vigil, to honour the victims of Monday evening's terror attack on May 23, 2017 in Manchester, England ©  Jeff J Mitchell/Getty Images

The suicide bomber who killed 22 people and injured hundreds of others at an Ariana Grande concert in Manchester, England should have been spotted as a threat, a public inquiry into the 2017 attack has found.

Inquiry chief John Saunders said there “were a number of opportunities which were missed” that should have “prevented or minimised the devastating impact” of Salman Abedi’s bomb attack.

In the first of his three reports, published on Thursday, Saunders was highly critical of the security arrangements at the Manchester Arena ahead of the attack by Abedi, who was said to have been inspired by the Islamic State terrorist group (formerly ISIS).

Abedi detonated the device, concealed in his backpack, in the venue’s foyer area as many parents waited to collect children after the show.

Those “principally responsible” for the missed opportunities were entertainment company SMG, which ran the arena, its contracted security firm Showsec, and the British Transport Police (BTP), Saunders said. (RT)