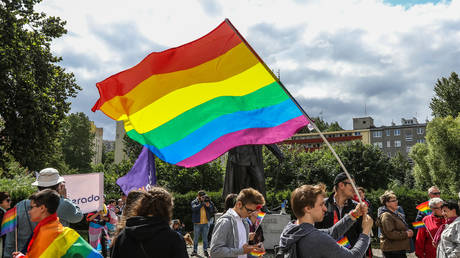 An IKEA HR manager has been charged in Poland with violating the religious rights of a Bible-citing employee, who was fired after refusing to endorse a pro-LGBT event. Now, the manager could end up behind bars.

The Warsaw-Praga District Prosecutor’s Office has decided to press charges against the manager, whose identity has not been revealed, arguing that this person has infringed upon an employee’s rights on the basis of religion. The decision to sack the employee was based on “arbitrary assessment and prejudice” toward a man expressing “Christian” views, it added. Now, this person could face anything between a fine and a two-year prison sentence.

The controversy dates back to last June when the Swedish furniture and home goods store decided to delve into the public debate on LGBT rights in Poland and express solidarity with LGBT people by staging an event in support of the International Day Against Homophobia, Transphobia and Biphobia.

The company also called on their local staff to show solidarity with the LGBT people as well as participate in the event. The idea did not sit well with a man identified as Tomasz K., who decided to raise his objections in the corporate chat. According to some media reports, the Catholic cited some particular Bible verses allegedly stating that homosexuals deserve death and “their blood is upon them” to somehow prove his point. (RT)