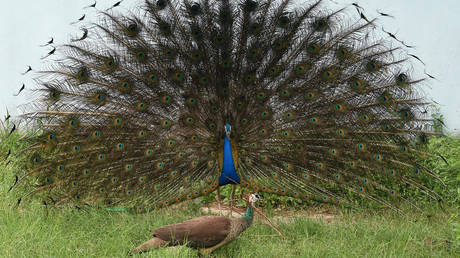 FILE PHOTO. A peacock shows off its feathers before a peahen in India. © AFP / Sam Panthaky

A man was murdered by a mob in central India after locals suspected him and his associates of killing peacocks. Ten people were booked for murder, while survivors of the hunt face jail for slaying the country’s national birds.