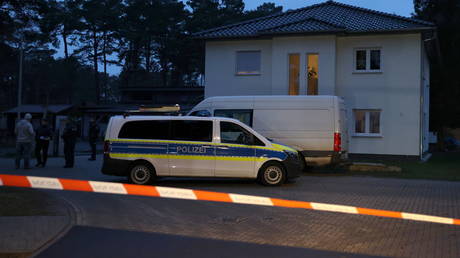 A police vehicle is parked in front of house where bodies of five family members were found south of Berlin, Germany, on December 4, 2021. ©  Reuters / Christian Mang

A suicide note left by a man in Germany who killed his wife and three kids before taking own life, claims he feared he’d be arrested and his children taken away over a falsified Covid-19 vaccination certificate, investigators say.

On Tuesday, German prosecutors revealed possible motives behind a chilling murder case that shocked Germany over the weekend. Five bodies of family members, with gunshot wounds, were found in their house in the town of Koenigs Wusterhausen, not far from Berlin. (RT)