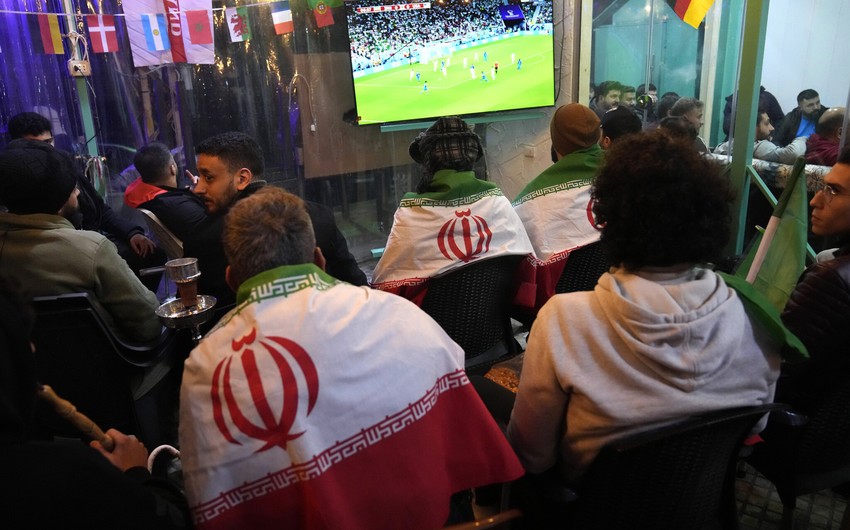 A man is reported to have been killed by security forces in northern Iran, as anti-government protesters publicly celebrated the national football team’s elimination from the World Cup, Report informs via the BBC.

Activists said Mehran Samak was shot in the head after he honked his car’s horn in Bandar Anzali on Tuesday night.

Videos from other cities showed crowds cheering and dancing in the streets.

Many Iranians refused to support their football team in Qatar, seeing it as a representation of the Islamic Republic.

State-affiliated media blamed hostile forces both inside and outside Iran for putting unfair pressure on the players following their 1-0 loss to the USA in the final group game.

The players did not sing the national anthem before their first game, a 6-2 defeat by England, in an apparent expression of solidarity with the protesters.

Read more:   US struggling to make Iran another Libya or Syria – president

But they did sing at the Wales game, which they won 2-0, and at the politically-charged showdown against the USA.

Some protesters saw that as a betrayal of their cause even though there were reports that the team came under intense pressure from Iranian authorities.

The unrest started 10 weeks ago following the death in custody of Mahsa Amini, a 22-year-old woman arrested by morality police in Tehran for allegedly violating the strict rules requiring women to cover their hair with a hijab.