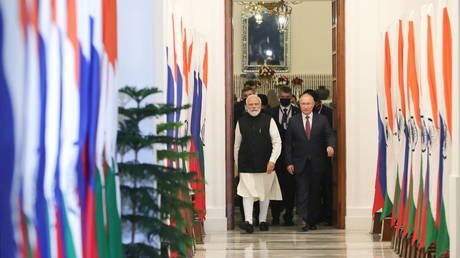 The joint Russian-Indian statement, released on the Kremlin website after the Monday talks, contains 99 points highlighting the ongoing and planned cooperation between the two countries. 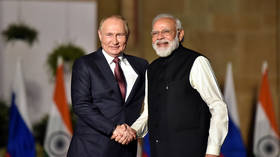 Putin and Modi apparently discussed a vast number of issues during the Monday talks, ranging from military and economic cooperation to strengthening their partnership in the international field.

Some 28 new agreements – business deals and state-to-state program documents – were signed during the talks.

The two leaders “appreciated the resumption of the positive trajectory of bilateral trade, with trade registering an increase of about 38% in the first half of 2021 compared to the same period in 2020 despite the pandemic-related restrictions,” the joint statement reads.

Trade in pharmaceutical products remains “one of the main items of India’s exports to Russia,” with the two countries seeking to bolster their cooperation in the field even further.

The Covid-19 crisis has, in fact, provided more opportunities for the nations to cooperate, with the two leaders expressing “gratitude to each other’s countries for timely assistance during the pandemic.”

India’s Serum Institute, which is the world’s largest vaccine maker, has been making a localized version of Russia’s pioneering Sputnik V vaccine, aiming to produce 300 million doses a year.

Military cooperation remains among the centerpieces of Russia-India ties. During the talks, Putin and Modi finalized the deal to produce some 600,000 AK-203 assault rifles in India, as well as discussed the continued supply of S-400 anti-aircraft systems. (RT)