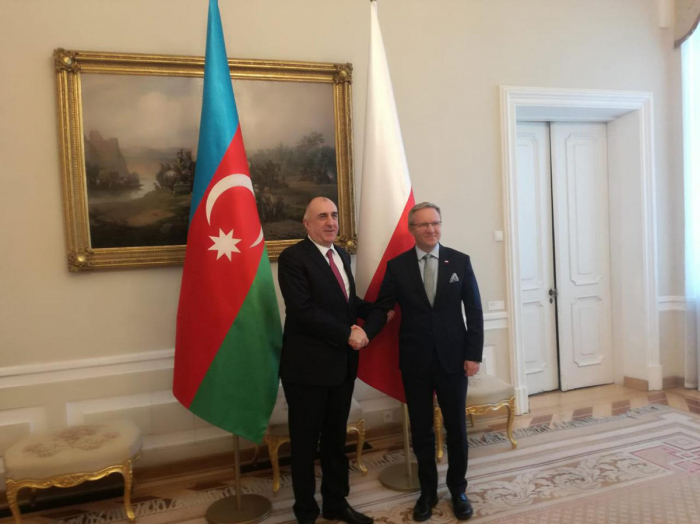 Within the framework of his official visit to Poland, Minister Elmar Mammadyarov held a meeting with Krzyshtof Szczerzki, Secretary of State – Chief of the Cabinet of the President of Poland on April 17 with reference to Azerbaijan’s Foreign Ministry.

K.Szczerzki underlined the importance of political relations between the two countries and their strategic nature. He said the Polish side intends to do its best to develop these ties. In this regard, it was recalled that in the time of the late Polish President Lech Kaczynski the bilateral relations developed at a very high level, and added that the Polish side wishes to upgrade these relations again.

Touching on the meetings held during his visit to Poland, Minister Elmar Mammadyarov said that he discussed perspectives of economic cooperation, including energy, transport, and other fields between the two states. Meanwhile, Minister briefed K.Schersky about the negotiation process on the settlement of the Armenia-Azerbaijan Nagorno-Karabakh conflict and thanked the Polish side for supporting the territorial integrity, sovereignty and inviolability of internationally recognized borders of Azerbaijan.

At the meeting, the Polish side once again expressed interest in the development of energy cooperation with Azerbaijan.

The sides also exchanged views on the future prospects of the Eastern Partnership, as well as the EU’s strong support for the development of this program.

The sides also discussed the situation in Eastern Europe and other issues of mutual interest.