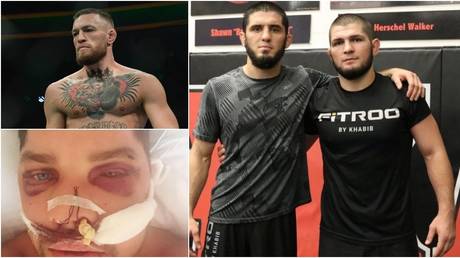 Islam Makhachev spoke in defense of Khabib Nurmagomedov after he was criticized in some quarters. © USA Today Sports / Instagram @_kova1ev / @islam_makhachev

The latest online skirmish between Khabib and the Irishman broke out when the Russian shared an image of McGregor on Instagram Stories with the message: “Where’s my medal from Bastrykin? A group of Dagestanis also beat me up.” 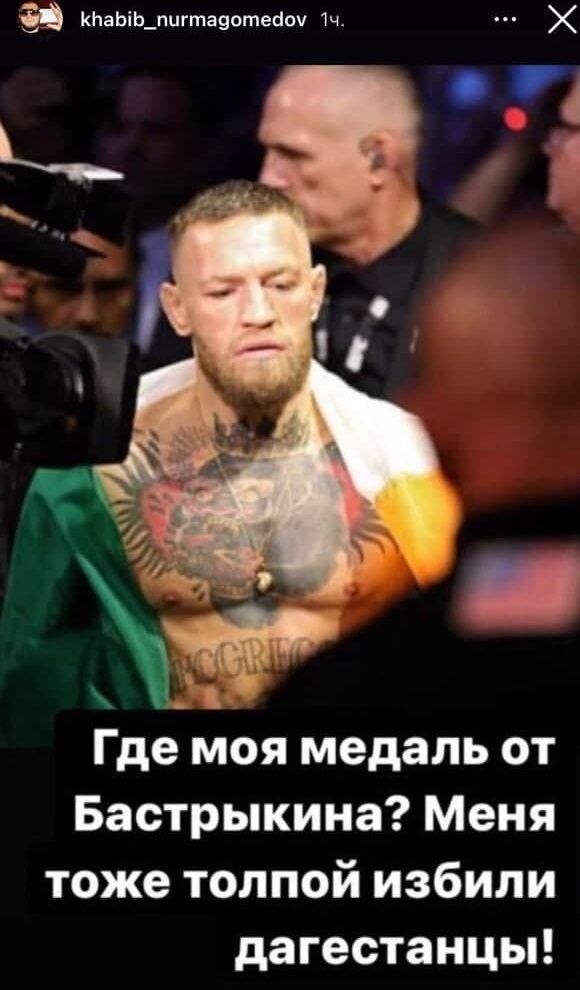 The post referenced an act of heroism earlier this month from Roman Kovalev, a Russian who stepped in to defend a woman in an altercation with three Dagestani men on the Moscow Metro but was badly beaten up.

Kovalev, 25, has been awarded a medal for bravery by the chairman of the Russian Investigative Committee, Alexander Bastrykin, for his actions, while his attackers have been detained and slapped with criminal charges.

Khabib’s use of the incident to taunt McGregor – who was famously submitted by The Eagle in 2018 before clashing with several of Khabib’s teammates in a mass post-fight melee – caused some people to accuse the Dagestani star of bad taste.

However, according to Makhchev, the post from Khabib is being distorted and used against him.

“It wasn’t discussed in any way in the team. It was just a joke towards McGregor,” said Makhachev, who is preparing under the tutelage of Khabib for this UFC 267 showdown with New Zealand’s Dan Hooker on October 30.

“This isn’t politics at all. It’s just that everyone understands it in their own way… Some people want it to be perceived in such a way that it would be uncomfortable for Khabib,” added Makhachev to Championat.

“In the UFC, a lot of fighters taunt each other and do it a hundred times stronger. It wasn’t anything like that, it was just to poke fun at McGregor.”

After Khabib’s post, attack victim Kovalev himself said that he “didn’t see anything bad in it.”

McGregor, however, responded in a far more tetchy manner, hitting back by claiming Khabib deserved a medal from Bastrykin for “sh*tting his pants on the bus” during their infamous run-in at the Barclays Center in Brooklyn in April of 2018.

McGregor later posted a link to an article on ‘inbreeding in Dagestan’, before trading barbs with Khabib’s manager Ali Abdelaziz and claiming he would “celebrate when he dies.”

Also on rt.com ‘When you die, I celebrate’: McGregor takes aim at Dagestan, wishes death on Khabib’s manager before deleting poisonous tweets

The Irishman, 33, continues to kick his heels on the sidelines during his recovery from the broken leg he suffered in his last fight against Dustin Poirier in July.

Meanwhile, the retired Khabib has a busy month in store for his nascent coaching career.

A host of fighters from his team are preparing for action, including cousin Usman Nurmagomedov at Bellator 269 in Moscow on October 23, and Makhachev at UFC 267 in Abu Dhabi one week later.