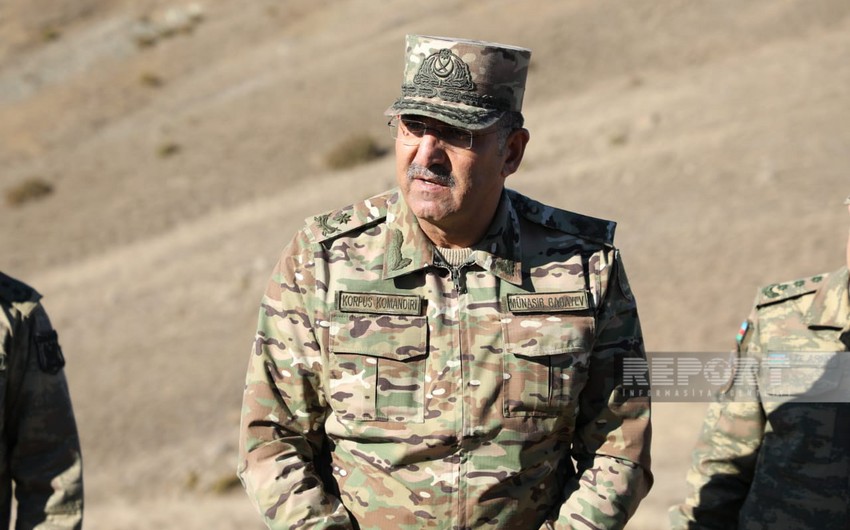 So far, more than 1,300 landmines planted by illegal Armenian armed groups have been discovered on Saribaba height, Major General of the Azerbaijani Army Munasib Babayev said while informing the military attachés of foreign countries accredited in Azerbaijan and journalists.

“We are currently at the height of Saribaba. The enemy has buried more than 350 mines. Those mines were produced in Armenia in 2021 and belong to the armed forces of this country,” he said.