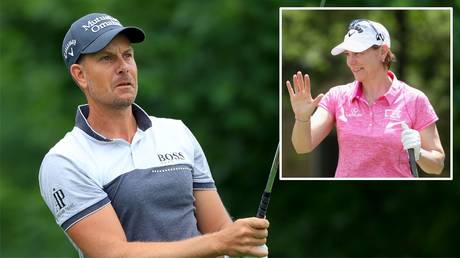 Swedish golf stars Henrik Stenson and Annika Sorenstam have unveiled plans for a new tournament called the ‘Scandinavian Mixed’ in which men and women will compete against one another to claim a prize of $1.6 million.

In addition to counting towards world rankings, points will also be allocated towards the Race to Dubai and Ryder Cup for the men, while the women’s scores will impact their Order of Merit standings.

Previous mixed tournaments have placed men in competition with women in an abridged format, or had a women’s tournament running concurrently to a men’s one but this is the first time that both sexes will compete directly against one another in a full-field format. (RT)