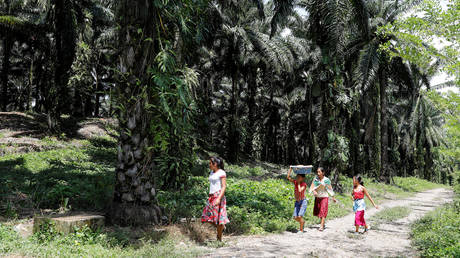 Renowned food and cosmetics firms could have used palm oil produced by workers suffering from various abuses – from threats to rape – while global lenders finance the exploiting companies, AP reported, citing its investigation.

According to the report, based on accounts of over 130 current and former workers from two dozen palm oil companies in Malaysia and Indonesia, as well as rights activists’ claims and journalists’ first-hand experiences, millions of people may be exploited at the palm oil plantations. The long list of alleged mistreatment includes threats and being held against one’s will, while the most severe abuses include child labor, slavery and allegations of rape. (RT)