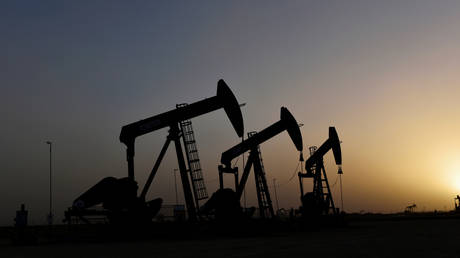 Oil prices could bounce around between $50 and $70 through 2025, with both demand growth and supply growth slowing, according to a new report.

The oil market faces a steep supply surplus in the near-term due to the coronavirus and the prospect of demand destruction and economic deceleration. But the US shale industry likely won’t rebound from its current slump, at least not to the explosive growth rates of recent years, keeping supply in check.

“Shale production economics in the US continue to point to a Brent price floor around $50/bbl or a WTI price floor of $45/bbl,” Bank of America Merrill Lynch wrote in its report. In other words, shale drillers cannot make money below $50 per barrel.

By the same token, shale will grow with WTI $65 per barrel or higher, the bank said.

But others have warned that this isn’t just a cyclical downturn – the shale industry’s blistering growth rate may be over. Schlumberger’s CEO Olivier Le Peuch sees US shale growth slowing to between 600,000 and 700,000 bpd this year before falling to 200,000 bpd in 2021. Beyond that, it could plateau and not return to growth, Le Peuch told Reuters. “Shale production growth will go to a new normal…unless technology helps us crack the code,” he said.

Given that the industry is roughly $150 billion in hole over the past decade, the elusive promise of some future technology to “crack the code,” seems speculative. Shale’s best days may be in the past.

Also on rt.com Goldman: China coronavirus could push oil down by $3

Meanwhile, pressure on global finance to back away from fossil fuels is likely to only grow. “[E]nvironmental risks will start to impact energy asset values in a meaningful way, further reducing investment and setting the stage for increased oil price uncertainty in the years ahead,” Bank of America said. Big banks have already announced a slew of new financing restrictions on oil sands, Arctic oil, and coal. A new campaign by environmentalists called Stop the Money Pipeline aims to ratchet up the pressure on banks, insurance companies, institutional investors and asset managers to shut off the financial spigot to oil and gas drillers. It’s still early days on this front. (RT)

As millions of people languish in coronavirus-induced lockdowns, it seems the natural world is enjoying…

What if the IT hits the fan? Why IT know-how could hold the key to success at the ‘fully virtual’ 2020 NFL Draft

The number of confirmed infections of the novel coronavirus was reported to have exceeded 1.47…

There are new calls from Australia to release Julian Assange from prison over Covid-19 fears.…

Our Covid-19 numbers are best in Western Europe, don’t ruin it

Growing numbers of fake medicines linked to coronavirus are on sale in developing countries, the…