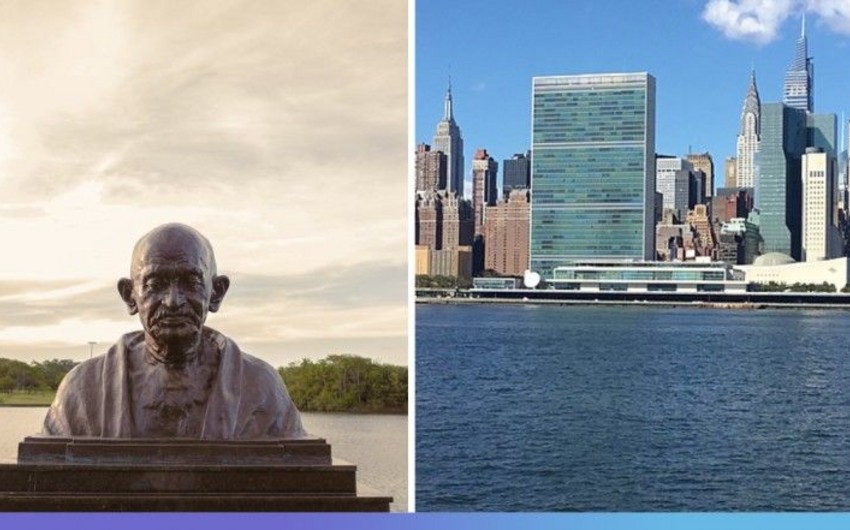 A bust of Mahatma Gandhi – the first sculpture of the world leader to be placed at the United Nations headquarters in Midtown Manhattan, New York – will be unveiled as a present from India to the UN during the Indian Presidency of Security Council in December, Report informs referring to The Logical Indian.

The bust was created by renowned Indian sculptor Ram Sutar, a Padma Shree awardee who made the ‘Statue of Unity’ in Gujarat. It will be unveiled on December 14 during the trip of External Affairs Minister S Jaishankar to the UN to represent the month-long Council Presidency of India.

The bust of Gandhi, which was given as a present by India, will be the first sculpture of Gandhi to be shown at the United Nations building, which proudly displays gifts and artefacts from all around the world.

In an exclusive interview with PTI, India’s Permanent Representative to the UN Ambassador, Ruchira Kamboj, said that the bust would be placed in the expansive North Lawns of the UN headquarters, The Hindu reported.