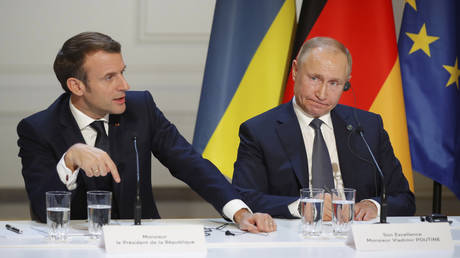 French President Emmanuel Macron has reiterated his belief that the conflict in Ukraine will inevitably be resolved at the negotiations table, and that the West and NATO in particular will have to come up with security guarantees not only for Kiev, but Moscow as well, to secure a lasting peace.

“The day of peace will involve discussions. First and foremost for guarantees to Ukraine, for its territorial integrity, its long-term security. But also for Russia, as a party that it will be to an armistice and peace treaty,” Macron said in an interview with the TF1 and LCI channels broadcast on Tuesday.

The French leader first voiced the idea of “security guarantees” for Russia earlier this month, arguing that one of the “essential points” NATO had to address is Russia’s concern that the military bloc “comes right up to its doors, and the deployment of weapons that could threaten Russia.” 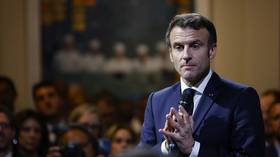 His comments triggered a barrage of criticism not only from Kiev but also fellow EU leaders from Poland, Slovakia and the Baltic states. French diplomats tried to downplay the comment, insisting that it was taken “out of context,” while Macron himself urged European allies not to “create controversy where there is none.”

In the latest interview, Macron urged critics to explain what kind of alternative to eventual talks with Moscow they are proposing.

“What the people who refuse to prepare this and work on it are proposing is full war. It will involve the whole continent,” he said. 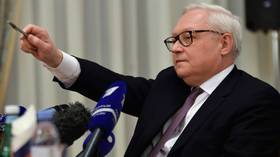 Last December, Russia presented a list of security demands to the US and NATO, asking the West to impose a ban on Ukraine entering the military bloc, while insisting that NATO should retreat to its borders of 1997, before it began to expand.

In January, the US and NATO refused, saying they would only be interested in strategic arms control talks. Since the conflict in Ukraine escalated in February, the bloc has also moved to welcome Sweden and Finland into the military alliance, though the expansion has yet to be finalized. (RT)