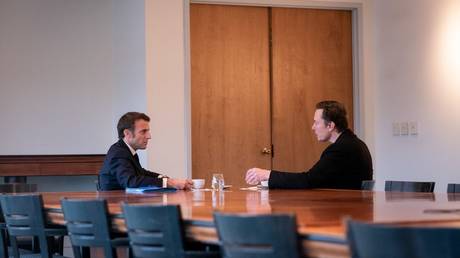 French President Emmanuel Macron and Twitter CEO Elon Musk met on Friday to discuss measures taken by the social media giant to abide by European legislation. The sit-down came after the French leader on Thursday described the platform’s new moderation policies as “a big issue.”

Macron and the new Twitter boss met in New Orleans, Louisiana, during the former’s state visit to the US.

The two had “a clear and honest” discussion on a number of questions, according to Macron. “Transparent user policies, significant reinforcement of content moderation and protection of freedom of speech: efforts have to be made by Twitter to comply with European regulations,” the French leader wrote in a tweet.

He went on to say that “we will work with Twitter to improve online child protection,” eliciting confirmation on this point from Musk himself. 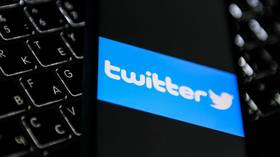 Macron, speaking to ABC News on Thursday, claimed that democracies had come under “very strong pressure,” including from social media, where users are free to promote “crazy things about a vaccine, a pandemic, the war.” Accordingly, he called Musk’s decision to relax moderation policies on Twitter “a big issue.”

“What I push very much for, want, is exactly the opposite – more regulation,” the French president stressed.

On Tuesday, Twitter rolled back its policies that sought to tackle misinformation linked to Covid-19. In recent weeks, Musk, a self-described “free speech absolutist,” unbanned a number of high-profile controversial figures, including former US President Donald Trump, who had been “permanently suspended” by the platform in early 2021 over what the company described as attempts to incite violence during the Capitol Hill riots.

Read more:   UFC starlet Liana Jojua says she receives CRAZY messages from fans as she prepares for battle at UFC 254

However, on Wednesday, the Financial Times reported that Musk’s policies on content moderation did not sit well with the EU. The outlet, citing sources, claimed that Thierry Breton, the bloc’s internal market commissioner, had threatened the world’s richest man with a ban unless Twitter complied with a list of demands.

Those reportedly included not having an “arbitrary” approach to reinstating banned users, “aggressively” pursuing “disinformation” and agreeing to an “extensive independent audit” by next year.

The shift in Twitter’s stance on content started to take shape after Musk completed his $44 billion deal to take over the platform in late October. (RT)