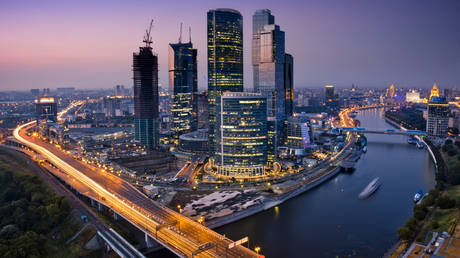 Foreign companies that have cut back operations in Russia or pulled out completely have incurred between $200 billion and $240 billion in losses since the end of February, RBC Daily reported on Friday, citing a report by Moscow’s Center for Strategic Research (CSR).

The CSR calculated that of the total, some $70-90 billion was lost by firms that had left altogether. Companies from the US, UK and Germany have reportedly been hit the hardest.

According to the report, as of the beginning of September, 34% of the ‘large’ foreign companies operating in Russia had limited their activities in the country, while 15% decided to exit by transferring their Russia division to a new owner, and 7% announced a complete withdrawal without selling the business.

The CSR classifies foreign companies with revenue of more than 5.7 billion rubles ($91 million) as ‘large’, noting that there were 600 such firms. About 44% of those businesses continue to operate as usual in Russia, it said.

The companies most active in leaving the country were Finland (80% of Finnish businesses decided to withdraw from Russia), followed by Denmark (73%) and the UK (35%). Businesses from Austria, Japan and Switzerland were “more flexible and pragmatic” in their decisions. The report also noted that most Polish businesses have stayed in Russia despite the harsh rhetoric of the country’s authorities.

Among the reasons for departure, many companies named “subjective” motives, such as attempts to hedge reputational losses. Others explained it with “objective” circumstances, such as a ban on foreign trade transactions, exchange rate fluctuations, logistical failures, and difficulties with implementing transactions.

The report also indicated that foreign businesses operating in the oil and gas spheres, as well as the banking, automotive and food industries, suffered the most severe losses.

CSR is a Russian public policy think tank that plays key role in formulating and implementing the long-term development strategy of the country’s economy.