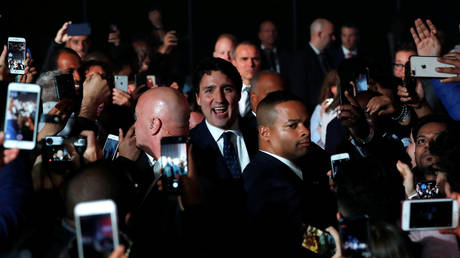 The series of campaigning cycle scandals in Canada spilled over into election night when Justin Trudeau took to the stage to deliver his victory speech while his main rival Andrew Scheer was still addressing his supporters.

The Liberals managed to retain in power in a narrow election win getting 157 seats of 338, according to Elections Canada. (RT)