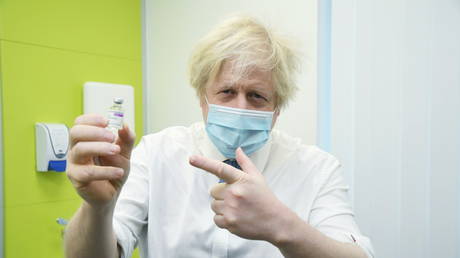 “We are all dependent on global supply chains, putting in place restrictions endangers global efforts to fight the virus,” Reuters quotes UK Prime Minister Boris Johnson’s spokesperson as saying, explaining that the UK expects the EU to honour its commitments.

It emerged on Thursday that Italy had prevented 250,700 doses of the AstraZeneca vaccine reaching Australia, in the first such move by an EU member state since new vaccine export rules took effect in January.

Johnson recently spoke to the President of the EU’s executive, Ursula Von der Leyen, who told him that new EU rules were for “transparency,” not to restrict vaccine exports, the spokesperson said. (RT)