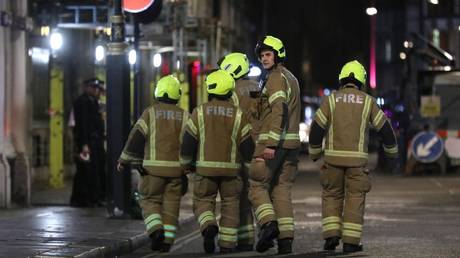 Bullying and abuse is rife within the ranks of the department, an ‘Independent Culture Review’ found FILE PHOTO: Members of London Fire Brigade work in the Soho area of central London, February 3, 2020 © AFP / Isabel Infantes

London Fire Brigade is “institutionally misogynist and racist,” with women and minorities subjected to workplace harassment and bullying, a review into the department’s culture released on Saturday has concluded. Fire Commissioner Andy Roe has promised stiff “consequences” should this behavior continue.

The report, conducted by former Chief Crown Prosecutor Nazir Afzal, discovered a culture in which the line between locker-room “banter” and outright “abuse” is often overstepped.

A female firefighter described how male colleagues would watch pornography at work and “go through women’s drawers looking for underwear and sex toys.” A black firefighter told Afzal that he had “a noose” put above his locker, while a Muslim described having bacon and sausages placed in his pockets and “a terrorist hotline sign posted on his locker.”

Read more:   Colon cancer: What are the symptoms and treatment options?

When the Muslim man returned from pilgrimage to Mecca, colleagues asked how his “al-Qaeda training” went. 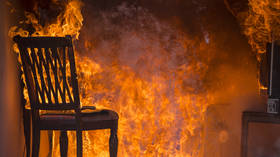 “On countless occasions, stories of racial slurs being casually used were related to us by people of color,” the review stated. “We heard stories of women being groped in training exercises and having to run a daily gauntlet of sexist abuse.”

The report claims that those responsible for the bullying often face no consequences. “The threshold for bullying is so high, you would have to gouge someone’s eyes out to get sacked,” one female firefighter told Afzal. “Everything else is seen as banter.”

The report was commissioned by Roe after a trainee firefighter committed suicide in 2020, allegedly following workplace bullying.

“Today is a very sobering day,” Roe said, reacting to the release. “There is no place for discrimination, harassment, and bullying in the brigade and from today, it will be completely clear to all staff what behavior isn’t acceptable and what the consequences will be.”

London Fire Brigade responds to around 15,000 fires per year, according to figures from 2021. In addition to fighting these blazes, Afzal’s report recommends that the department now review five years’ worth of bullying and harassment complaints, hire more “diverse” firefighters, and investigate the “root causes” of stress in this hazardous occupation. (RT)