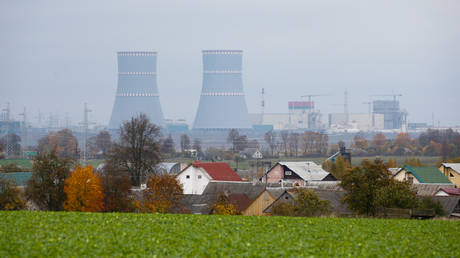 “The president’s gesture is a simple, non-traditional way to [draw] the EU leaders’ attention to the danger posed by the Astravyets [nuclear power plant in Belarus] not only for Lithuania, but for the whole EU,” a presidential administration official said in a statement to Lithuania’s ELTA news agency.

Nauseda will apparently hand out the DVDs at an informal EU summit in Porto scheduled for May 7-8.

The five-part HBO miniseries, a dramatization of one of the worst nuclear accidents in history, has captivated audiences around the world, becoming one of the highest-rated TV shows on film database IMDB.

“The president considers this film to be very effective,” Nauseda’s office said in the statement reported by local media.

While many have highlighted significant historical inaccuracies in the drama, Lithuania’s president has seemingly decided it’s good enough to use as a persuasive tool in real-life politics.

Vilnius claims that the Astravyets nuclear plant, built some 60 kilometers away from the Lithuanian capital, is nothing but “Moscow’s geopolitical project” guided by “similar Soviet secrecy principles” that contributed to the Chernobyl catastrophe.
(RT)

09:52 Russia, US to resume dialogue on visa problems soon

09:44 US envoy to return to Moscow this week