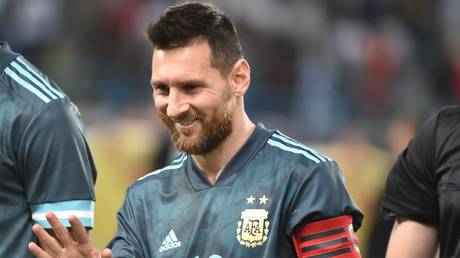 Apparently angered by comments that were coming from the Brazil dugout, Messi raised his finger to his own lips in a mime for Tite to be quiet and also making another hand sign to suggest that the Brazilian was very overly-vocal.

Also on rt.com Mother of all insults: English comedian mocks Messi over bizarre tattoo likeness to his mom (VIDEO)

Speaking to reporters after the game, Tite admitted that he had been complaining to the referee about aspects of the game during the first-half which prompted Messi to tell him to be quiet.

“I complained because he (Messi) should have been shown a yellow card and he told me to shut my mouth and I told him to shut his mouth,” Tite said. “And that was it.” (RT)