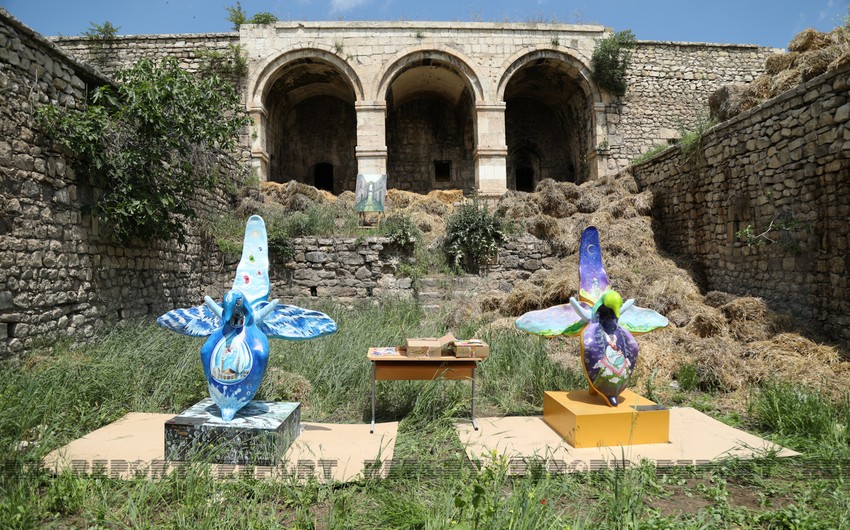 The Heydar Aliyev Foundation organized an international art festival as part of the Khari-Bulbul music festival planned in Shusha.

Report informs that at the Khari-Bulbul first international art festival, 32 artists from 13 countries created unique works inspired by the victory in the Patriotic War.

Artists from Azerbaijan, Estonia, Jordan, Iraq, Israel, Latvia, Morocco, the Netherlands, Pakistan, Romania, Turkey, Ukraine, and Greece featured the emotions experienced from what they saw in the Azerbaijani territories liberated from the Armenian occupation on the canvases with the Khari-Bulbul flower prepared for the festival, and created pieces that send an important message to the world.

The artists, visiting Fuzuli and Jabrayil, presented their works in oil paints on the theme “Drawings of Memory.” 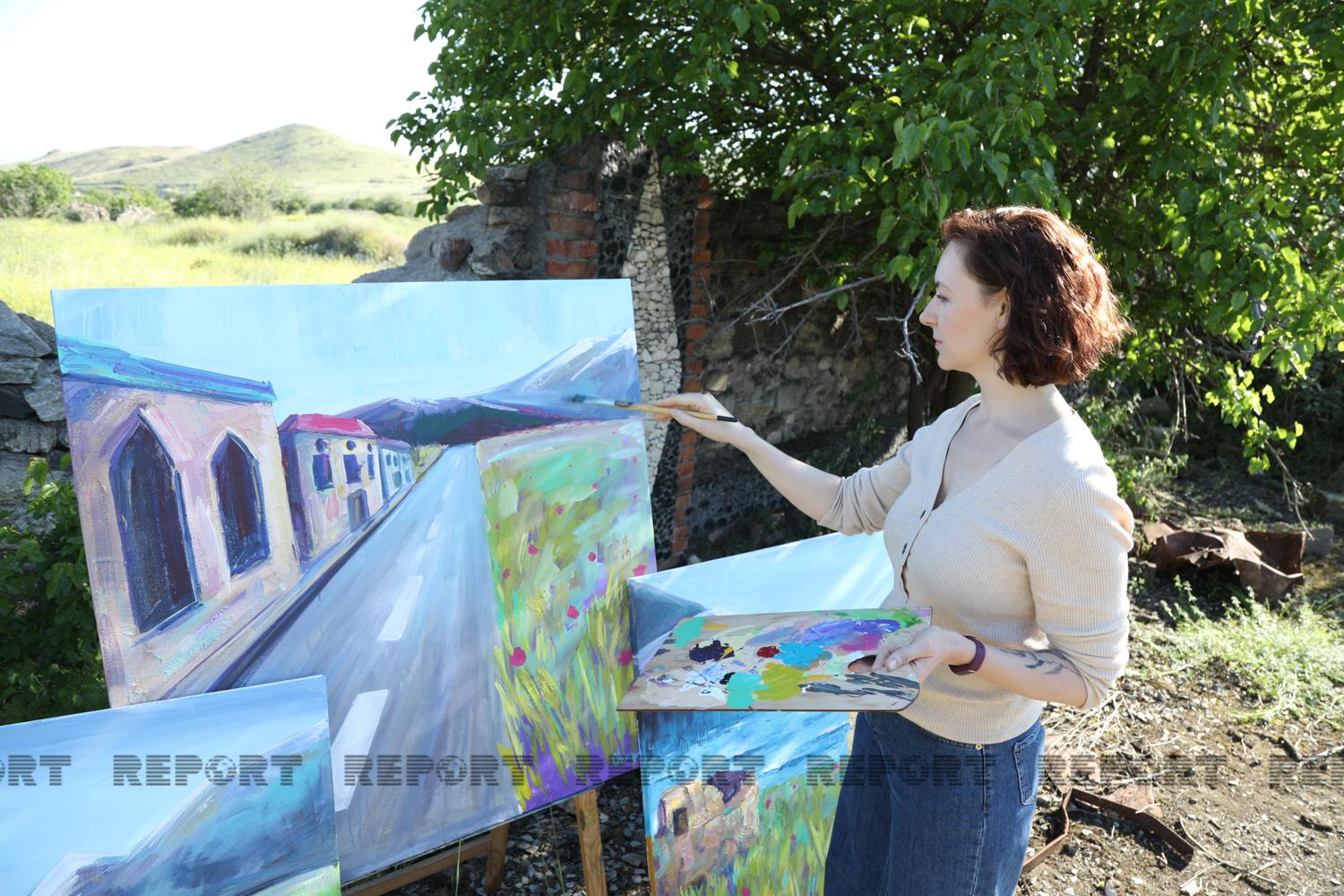 Estonian artist Marina Chuprina noted that she has mixed feelings from what she saw in Fuzuli: “On the one hand, I see an empty, ruined city, and on the other hand, the riot of nature, which symbolizes life.”

According to the Latvian artist Erik Tsaune, the choice of the Khari-Bulbul flower as a canvas to reflect the emotions and impressions of what he saw is very symbolic: “This flower is like a message that it is time for everything to develop and prosper from the ruins. This is my wish to the people.” 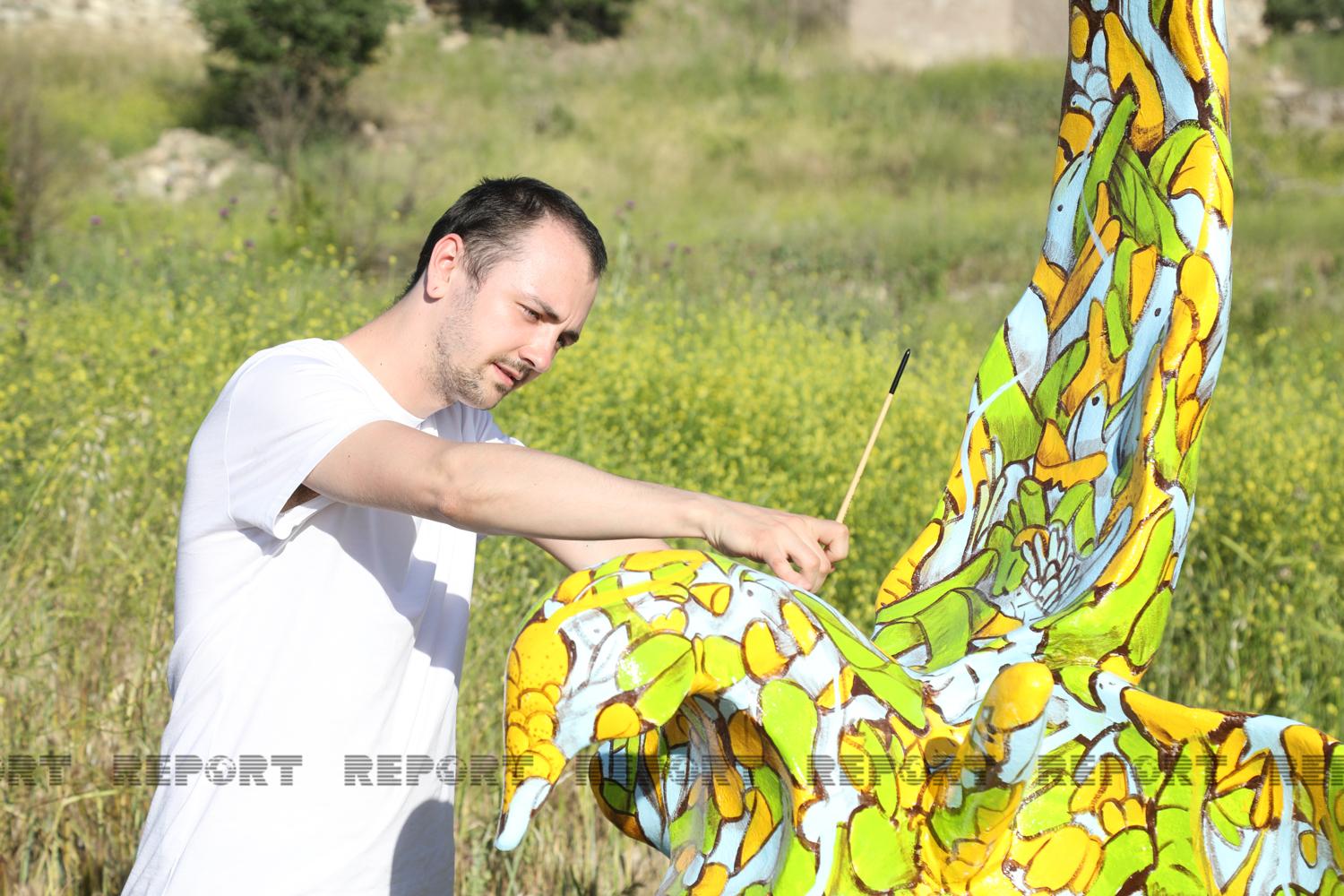 The trip to the liberated territories was memorable and symbolic for the Azerbaijani artist Kamilla Muradova: “My father was a pilot. He died in the first Karabakh war. And it is very symbolic to me that now, after so much time, my works are here in the land where my father died. Because he died in Fuzuli.” 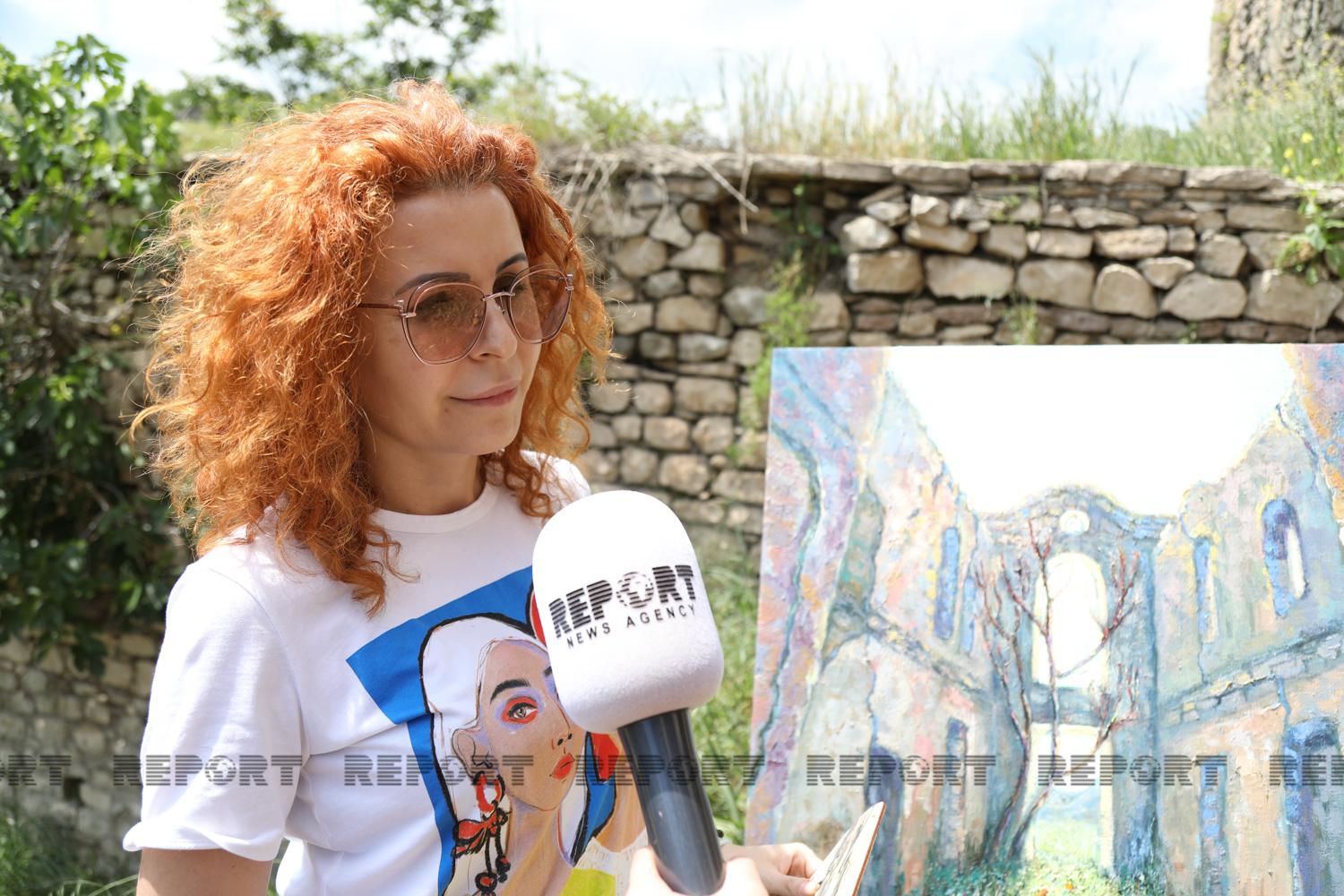 Despite the destruction that reigns around her, her work is full of hope for the future: “I was inspired by picturesque places and ancient architecture, which is in a very neglected state. And at the same time, I wanted to give some hope for the best, that everything will be revived, and these ruins will again turn into those beautiful buildings, full of love, culture, and life, as it once was. “

Read more:   Protest action held in Stockholm in regards with Armenia's refusal to provide mine maps

The main goal of the project is to demonstrate to a wider international audience the scale of destruction in our territories, which have been under occupation for almost 30 years, the vandalism against our historical monuments, national and cultural heritage, spiritual values, nature through the works of artists from different countries. 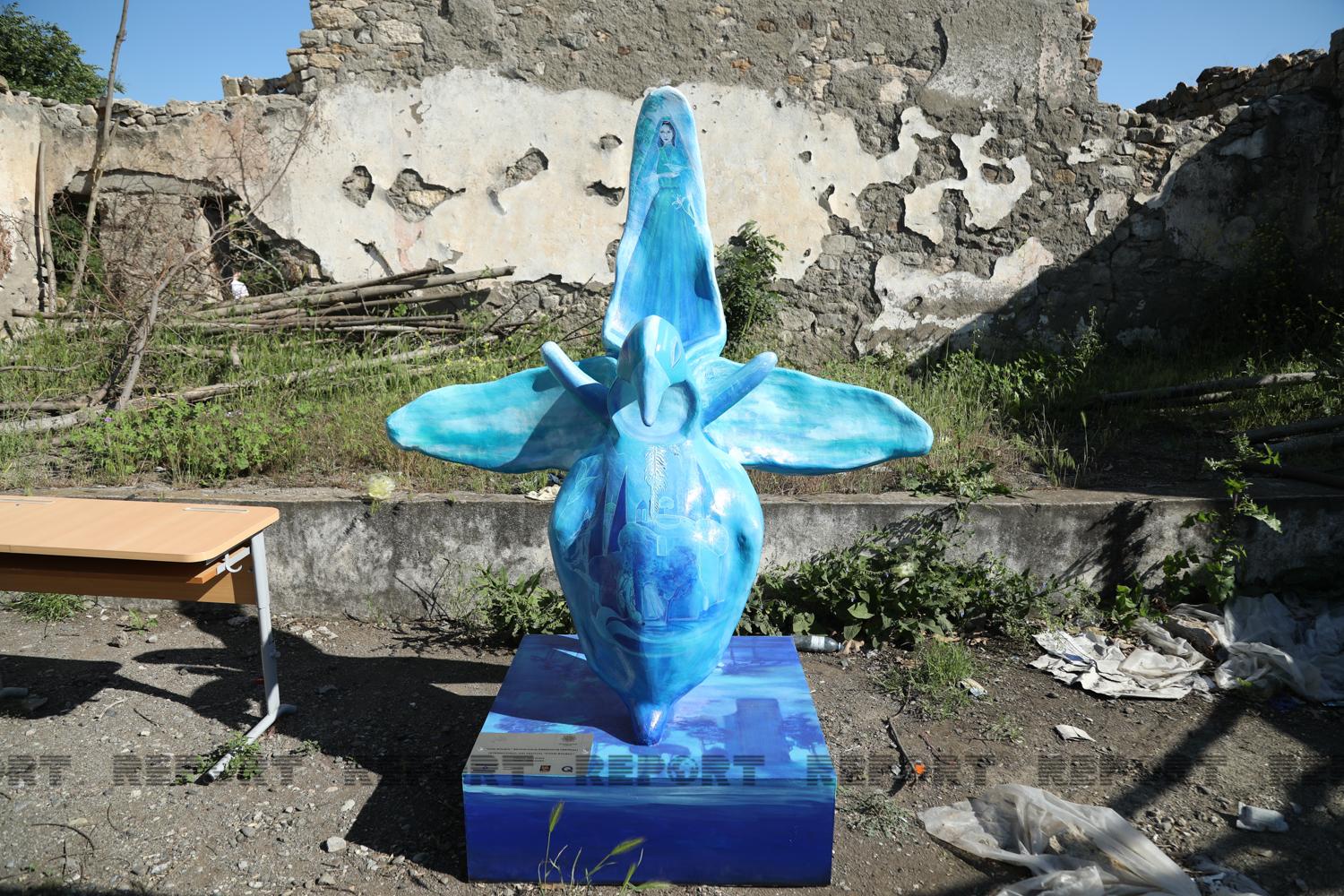 The works will be demonstrated during the Khari-Bulbul music festival in Shusha, which was declared the cultural capital of Azerbaijan by order of President Ilham Aliyev.

Holding a similar festival in Karabakh, one of the ancient regions of Azerbaijan, known for its wonderful nature and rich natural resources, will also contribute to enriching intercultural dialogue.