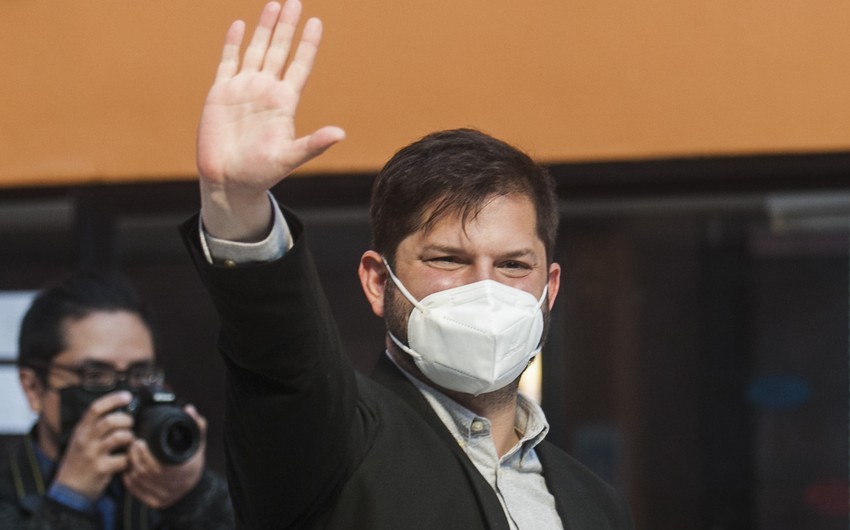 Leftist lawmaker Gabriel Boric, 35, on Sunday became Chile’s youngest-ever president on promises of installing a “welfare state” in one of the world’s most unequal countries, Report informs via France 24.

The former student activist only just met the required minimum age to run in the presidential race, seven years after being elected to his first political job as a member of Chile’s Chamber of Deputies.

On Sunday, he prevailed over far-right rival Jose Antonio Kast, an ultra-conservative lawyer who had promised to cut taxes and social spending in a country shaken in 2019 by deadly mass protests for a more just and equal society.

Boric has vowed to relegate Chile’s neoliberal economic model, which dates from the era of dictator Augusto Pinochet and is widely seen as sidelining the poor and working classes, “to the grave.”

And he promised to bring about “a welfare state so that everyone has the same rights no matter how much money they have in their wallet.”.

Chile has one of the world’s biggest income gaps. One percent of its population owns 25 percent of the wealth, according to a UN agency.

People are heavily indebted, having to pay wholly or in part for education and healthcare. Pensions are entirely made up of private savings.

Boric is of Croatian and Catalan descent. He was born in Punta Arenas in Chile’s far south.

Religious figures of the Georgian Muslim Board have started their visit to Ganja. As part…

One of central streets in Azerbaijan’s Shusha named after Ataturk

Russian forces continue to launch missile and air strikes on the territory of Ukraine, and…