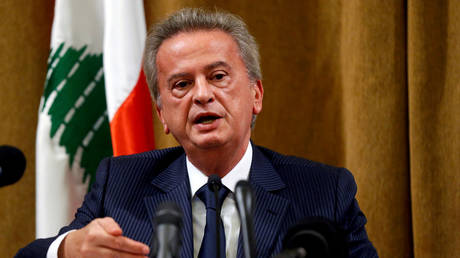 Lebanon’s central bank governor said he will file legal action against Bloomberg and one of its journalists over a story it published claiming that the US was considering sanctions against him as part of a wider corruption probe.

“The governor of the bank, Riad Salameh, will present a series of legal actions inside and outside Lebanon against the agency Bloomberg [and its] US correspondent in Beirut,” a statement from the Banque du Liban carried by local media said on Friday.

It also accused the US-based media outlet of “fabricating news, abuse and attempts to distort the reputation of the governor of the Central Bank.”

The Bloomberg article in question claimed that talks to slap Salameh with sanctions were underway between officials in US President Joe Biden’s administration and their European counterparts. (RT)