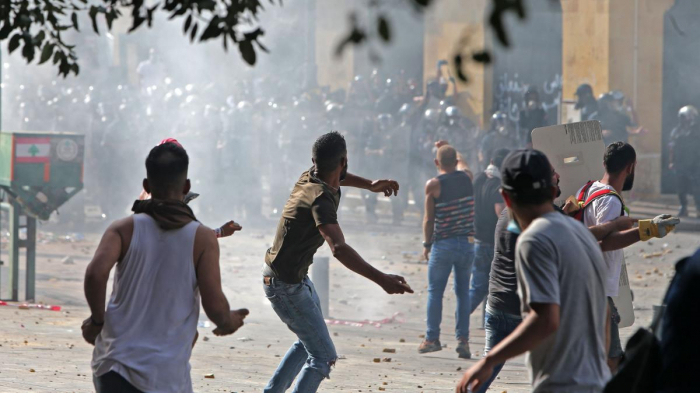 A group of Lebanese protesters including retired army officers have stormed the Foreign Ministry building in the capital Beirut as part of protests following the massive explosion this week, according to ABC News.

The protesters said Saturday the Foreign Ministry would be the headquarters for a “revolution” and called on the current government to resign.

Retired army officer Sami Ramah read a statement on the building’s steps after dozens of protesters pushed their way into the building. “This authority must step down,” he said.

Protesters raised flags with the image of a fist that has come to symbolize nationwide anti-government protests.

Some of the nearly 200 protesters entered the building and burned a few documents and pictures of the Lebanese President. It was not clear what the documents were.

Rage against the government spiked after the Beirut port explosion Tuesday that killed nearly 160 people and injured 6,000 while leaving much of the coastline mangled.