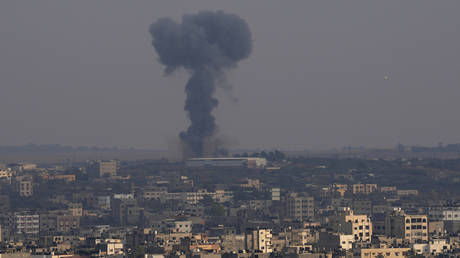 The leader of the Palestinian Islamic Jihad’s (PIJ) Southern Gaza division, Khaled Mansour, was killed last night, Israel Defense Forces (IDF) announced on Sunday. This comes two days the militant group’s northern division’s head, Taysir al-Jabari, was taken out. According to the Israeli military, the death of Mansour completes the neutralization of the whole PIJ leadership.

In a Twitter post, the Israeli military said that Mansour, who was “responsible for dozens of terrorist attacks against Israeli civilians and soldiers,” was targeted and killed by IDF aircraft. (RT)