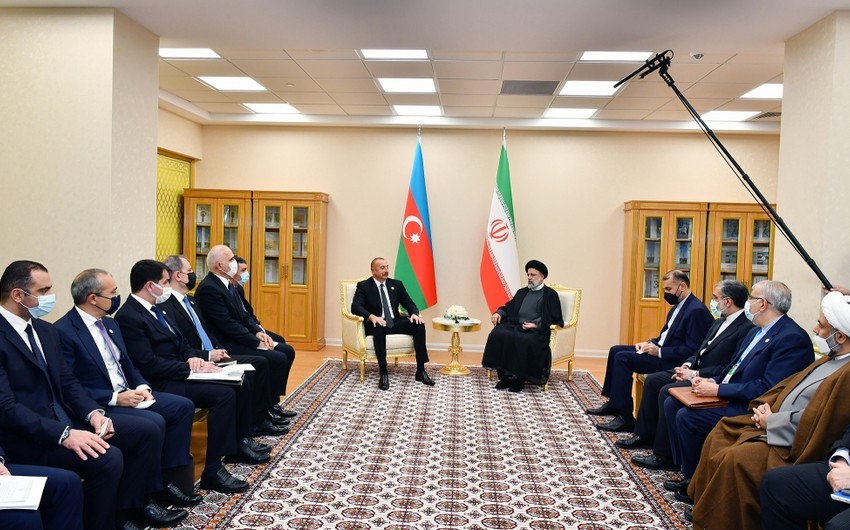 Report informs, citing AzerTag, that the sides hailed the high level of relations and pointed to the existence of good neighborly and friendly ties between the two countries.

The sides noted that the geopolitical situation in the region had changed after the historic victory of Azerbaijan in the second Karabakh war, and stressed the importance of regional countries’ participation in the solution of regional issues.

The presidents also discussed issues of creating an energy hub between the two countries, as well as amongst Azerbaijan, Russia and Iran. The sides also exchanged views on cooperation, economic and trade relations within international organizations.

During the conversation, the presidents reiterated that Iranian-Azerbaijani relations were of a historical nature and pointed to the friendly relations between the two peoples.