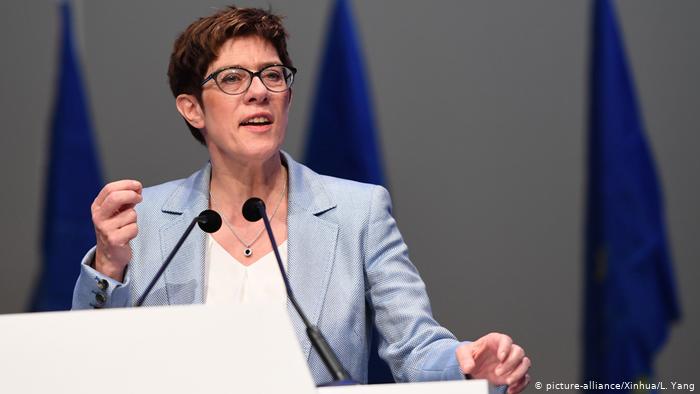 The leader of German Chancellor Angela Merkel’s Christian Democratic Union (CDU), Annegret Kramp-Karrenbauer, will be appointed German defense minister on Wednesday, according to a statement released by the German president’s administration, according to TASS.

Germany’s outgoing defense minister Ursula von der Leyen secured the backing of the European parliament on Tuesday to be elected president of the EU Commission.

“Executing the powers of the federal president in line with Article 51 of the German constitution, First Deputy Vice President of Bundesrat Michael Muller will hand over the letter of dismissal to Ursula von der Leien. Besides, he will give Annegret Kramp-Karrenbauer a letter of her appointment to the post in line with the Federal Chancellor’s recommendations,” the statement reads.

Read more:   Being America's ally does not mean becoming a vassal state — Macron

Commenting on the possibility of a ministerial appointment, Kramp-Karrenbauer earlier said she would rather focus on party work.