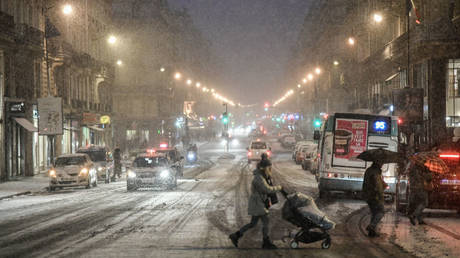 France should brace for a tough winter as a result of the EU’s anti-Russia sanctions, the leader of the right-wing National Rally parliamentary group said on Tuesday, adding that next winter will be even worse.

Marine Le Pen told BFMTV that the sanctions are not working, and are in fact harming the French people. She argued that the restrictions placed on Russia have proven counterproductive, helping Moscow to increase its oil revenues.

Le Pen also said that the responsibility for the plight of Europeans lies with those who decided to impose anti-Russia measures.

The opposition politician earlier harshly criticized France’s support for the sanctions, branding them a major “geopolitical mistake.” She also called out “idiots” supporting the green agenda, naming them as the real culprits for the EU’s dependency on Russian fossil fuels.

Last month, the head of the French energy regulator CRE warned that private households could face power outages this winter in the event of severe frosts. The country may not produce enough nuclear energy in the coming months, as half of its plants are offline, the regulator said.

Russian Diving Federation in talks about switch to Asia