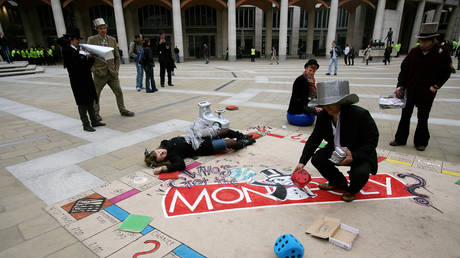 The elites who rule the West have put selfish or ideological goals first when choosing their response to the Covid-19 pandemic, Russia’s foreign minister has said in a scathing op-ed.

“The ongoing health crisis has exposed the incompetence and failure to adapt that powerful people in the West suffer from. Those people are stuck in the kind of thinking that simply does not work in the globalized world,” Sergey Lavrov wrote in a piece published by the Chinese outlet Global Times on Thursday.

The coronavirus came as “an instruction for humility,” said Lavrov, as it posed a threat to all people and nations regardless of their location, wealth, or political preferences. It was a problem that nobody could “sit out in a safe haven, behind moats and walls” or “solve at the expense of others.”

Faced with this challenge, some nations have failed to live up to the values they preach, exposing a “deficiency of humanism,” an “incurable condition” that the ruling elites in those countries suffer from, Lavrov argued. Instead of promoting cooperation, they chose “predatory approaches” and “played the game of Monopoly” in pursuit of selfish goals and settling scores with their “geopolitical opponents.”

Those who are used to declaring – or declaiming – their moral superiority and rich democratic traditions, are shedding basic properties and ethical inhibitions and acting according to the law of the jungle.

In recent months, the countries’ responses to the crisis have been unable to avoid taking on political connotations. Washington has continued its attempts to blame China for starting the pandemic and has made accusations against the World Health Organization. It also refused to lift sanctions from countries like Iran and Venezuela for the duration of the crisis. (RT)

Three people were murdered in New York overnight into Thursday, in line with a grim…

How to keep your delicate brain safe

Head injuries and concussion can have devastating, lifelong consequences, so can we afford to not…

This week, in a matter of just 48 hours, several social media companies made major…