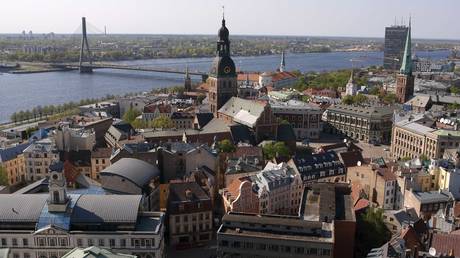 The EU member-state’s parliament says the move is a response to Moscow’s “violence” in Ukraine View of Latvia’s capital Riga. © AFP / Ilmars Znotins

Latvia’s parliament, the Saeima, designated Russia a ‘state sponsor of terrorism’ on Thursday, over the conflict in Ukraine.

MPs in the Baltic nation are “recognizing Russia’s violence against civilians [in Ukraine] as terrorism and Russia as a state sponsor of terrorism,” the parliament announced on its website.

The Saeima has also called upon “other like-minded countries to express the same view,” while also urging the EU “to immediately suspend the issuance of tourist and entry visas to Russian and Belarusian citizens.”

Rihards Kols, who chairs the parliament’s foreign affairs committee, claimed that “Russia has for many years supported and financed terrorist regimes and organizations in various ways – directly and indirectly.”

As examples of such actions by Moscow, he mentioned Russia’s military assistance to the Syrian government and the alleged downing of the MH-17 flight over eastern Ukraine in 2014, as well as the poisoning of double-agent Sergei Skripal (whose daughter was also poisoned) in the UK in 2018. (RT)