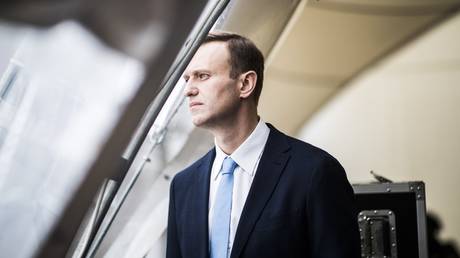 We are now expected to believe that Kremlin assassins used a new, even more powerful, Novichok poison on Alexey Navalny, and his aides brought a water bottle laced with it to Germany, but nobody suffered any side effects.

At this point, Western reporters covering the story are either completely high on the Kool-Aid or they are going to intense lengths to suppress their skepticism, because so much of the narrative simply doesn’t add up.

The opposition figure’s condition when he was first hospitalized, in Siberia, was clearly very grave. He was placed into an induced coma and attached to a ventilator. The situation was so serious that his wife and associates demanded he be moved abroad, to Germany, for treatment. A request Russian authorities acquiesced to the following evening, after a tense day when the doctors treating him in Omsk stated that they felt he was too unwell to travel, and his associates alleged they were stalling.

Since Navalny’s arrival in Berlin, things have become politicized, and there has been talk of sanctions and other diplomatic and economic penalties being directed at Russia. Germany insists that its experts found traces of the extremely lethal Novichok poison in the activist’s system. Angela Merkel herself has more-or-less accused the Russian government of being behind what she has described as an “attempted murder.”

Moscow claims that Russian doctors didn’t find any substance of that nature in their tests. But Berlin has shot back by saying laboratories in France and Sweden have backed up its assertions.

When it comes to Russia, the mainstream Western media operates in a self-contained pit of rumor, fear, braggadocio, bulls**t, and propaganda. Thus its correspondents have treated the Navalny case in a predictable fashion: Any pronouncements from the opposition figure’s associates, and the German government – even when contradictory or scarcely believable – are treated like gospel truth, but anything Russian officials say is immediately disparaged.

Before Thursday, the most blatant example of this came on September 9, when, to quote Max Seddon, a Moscow correspondent for the Financial Times, “Germany apparently concluded (that) Navalny was poisoned with a substance ‘that the world did not know until this attack, but which is more malicious and deadly than all known offshoots of the Novichok family,’ and that Russian security must have done it.”

Germany has apparently concluded Navalny was poisoned with a substance “that the world did not know until this attack, but which is more malicious and deadly than all known offshoots of the Novichok family,” and that Russian security must have done it https://t.co/F2v2RbWQXX

Now, given that the previous incarnation of Novichok was said to be eight times more potent than VX (a deadly nerve agent famously used in the assassination of Kim Jong-nam, half brother of North Korean leader Kim Jong-un), if the new variant is even deadlier, how could Navalny not only be alive, but, at that point, already out of his coma.

Read more:   Trump vows to get tough with General Motors over plant closures

Less than a week later, he was able to get out of bed, and pose for photographs. Yet, Western media has just accepted the German statement at face value and has failed to ask how can a pronouncement like this be credible? (RT)

Global coronavirus cases rose by more than 500,000 for the first time on Wednesday, a…