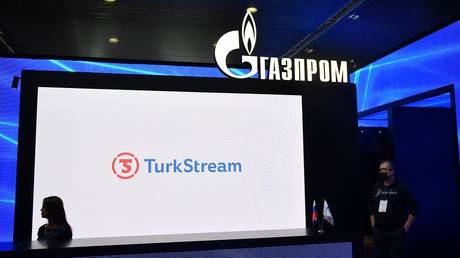 RFE/RL claims the Netherlands has revoked the license of TurkStream operator File photo: A TurkStream presentation at the Gazprom stand in Moscow, April 2021 © Evgeny Biyatov/RIA Novosti

If anything happens to the TurkStream natural gas pipeline, its operator won’t be able to repair the damage, since the Dutch government revoked their license due to EU sanctions against Russia, the US government-funded Radio Free Europe/Radio Liberty alleged on Thursday.

RFE/RL claimed to have obtained a letter from Oleg Aksyutin, CEO of South Stream Transport BV, informing the company’s managers to stop all work and cancel contracts with Western suppliers. The letter is reportedly dated September 14, and says that the Netherlands where the company is registered – had canceled its operating license, effective September 17.

The suspension affects “all contracts related to the technical support of the gas pipeline,” including “design, manufacture, assembly, testing, repair, maintenance, and training,” according to the US outlet.

South Stream Transport operates TurkStream, a pipeline finalized in 2020, which runs under the Black Sea to Türkiye and then on to Serbia and Hungary. It has an annual capacity of 33 billion cubic meters of gas. According to Reuters, SouthStream confirmed on Thursday that their license has been revoked, but said it had requested a resumption of the license and “will continue gas transportation.”

While there are no reports about interruptions in the TurkStream supply, RFE/RL noted that much of the pipeline is at the depth of three kilometers, and needs to be constantly monitored for damage due to “seismic activity.” 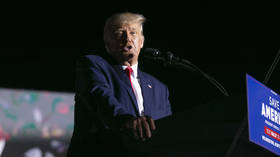 The revelation comes just days after both Nord Stream pipelines under the Baltic Sea were disabled in a series of explosions, venting millions of cubic meters of gas into the water. Russian President Vladimir Putin has described the explosions as an “act of international terrorism” and Moscow intends to raise it before the UN Security Council.

NATO said Thursday that the pipelines were damaged in what appeared to be a “deliberate, reckless, and irresponsible acts of sabotage,” promising to meet any attack on its critical infrastructure “with a united and determined response.”

The US, which has long tried to stop NordStream and managed to derail TurkStream’s predecessor SouthStream – which the Dutch-based company was originally supposed to manage – has denied having anything to do with the Baltic Sea explosions.

Commenting on the reported sabotage on Tuesday, US Secretary of State Antony Blinken said it would be “in no one’s interest,” but then added that the situation represents “a very significant opportunity” for the EU to “finally end” its dependence on Russian gas and “accelerate the transition to renewables.”

TurkStream is the last remaining pipeline for Russian natural gas to reach the EU. The Yamal pipeline through Poland was shut off in May, due to Russian counter-sanctions against Warsaw, while Gazprom halted deliveries through Ukraine on September 27. (RT)