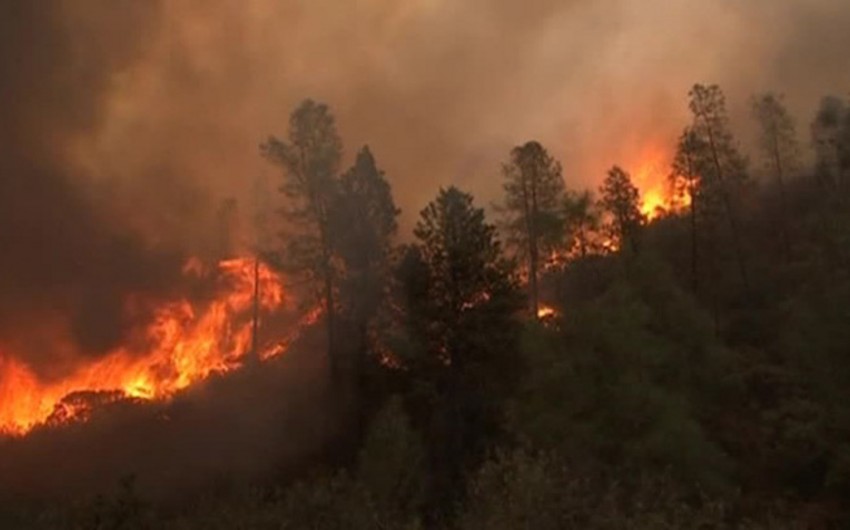 A large wildfire, spreading across 10 hectares, has broken out in a forest near Shoersh, a moshav on the outskirts of Jerusalem on Tuesday, Report informs, citing The Jerusalem Post.

Highway 1, which connects Jerusalem and Tel Aviv, is blocked from Sha’ar Hagai interchange heading east, as the wildfire remains uncontrolled.

Israel’s Fire and Rescue Services released a statement on Tuesday afternoon stating the wildfire is approaching a nearby gas station, as Border Police officers evacuate residents and sightseers in the area.

A massive heatwave engulfed Israel on early Monday, which is expected to last until Sunday of next week. Israel Meteorological Service predicted unseasonably hot conditions in mountainous regions last week.