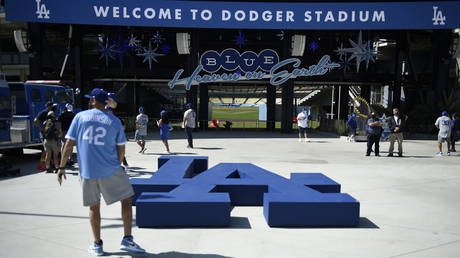 An outside view of the Dodger Stadium. © Reuters

The LA Dodgers have announced there will be a special section for vaccinated fans for their game against the San Diego Padres on Saturday, although anyone in attendance hoping for a return to full freedoms will be disappointed.

“Additional seats are now available in our Loge level’s fully vaccinated fan section for Saturday’s game against the Padres!” the Dodgers announced on their website this week.

“The fully vaccinated fan section allows for more flexible seating options while maintaining safety within the fan zone and throughout the stadium.”

Laying out the rules, the reigning World Series champions said anyone would be eligible for a ticket who has had their final vaccine dose at least two weeks ago, while children between the ages of two and 15 would need proof of a negative Covid-19 test taken within 72 hours of admission.

Youngsters under the age of two will not require any such proof. 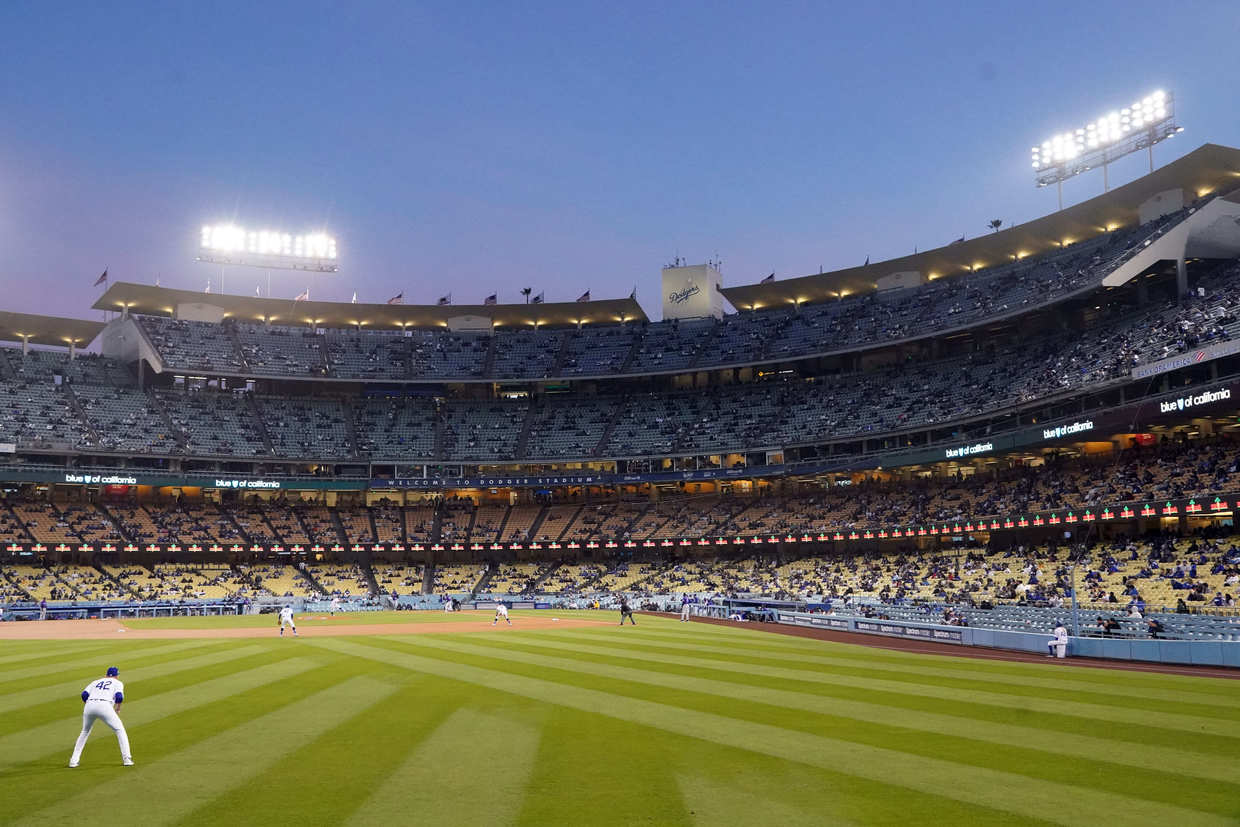 The Dodger Stadium will have a special section for vaccinated fans. © USA Today Sport

Social distancing won’t be required in the section, although vaccinated fans will still not be granted the full freedoms of old and will be required to wear a face covering unless eating or drinking in their seats.

If deemed successful, the Dodgers could add sections for vaccinated fans at other games.

The Padres have previously announced similar measures at their home games, as have the San Francisco Giants.

In total, the Dodgers are currently allowing around 15,000 fans to attend games at their 56,000-seater home stadium.

The reaction from fans to the news was mixed, with some claiming mask measures remaining in place put a dampener on the whole thing.

“If everyone has to wear a mask why does it even matter?” wrote one. “This is discrimination. You can’t expect fans to be ok with this. A section? Get real.”

“It’s unbelievable. If you’re fully vaccinated why does it matter where you sit?” asked another.

“A new era of segregation, great,” read one sarcastic comment.

But u still have to wear your mask in that section… 😒

As of April, the US Centers for Disease Control and Prevention (CDC) advises that anyone who has been fully vaccinated “should still take steps to protect yourself and others in many situations, like wearing a mask, staying at least 6 feet apart from others, and avoiding crowds and poorly ventilated spaces.”

So-called vaccine passports have become a divisive issue in sport, as in broader society.

Some have argued their introduction will create a ‘two-tier’ society and strip away civil liberties, although their defenders claim they are necessary to help a return to something resembling normal life.

California health officials have said they will not introduce vaccine passports, but the state has nonetheless incentivized businesses to demand proof from ticket holders at events that they are vaccinated or Covid negative.

Over in the NFL, the Buffalo Bills recently suggested fans would be barred from attending the team’s home games unless they’ve been given the Covid-19 vaccine, prompting a backlash.