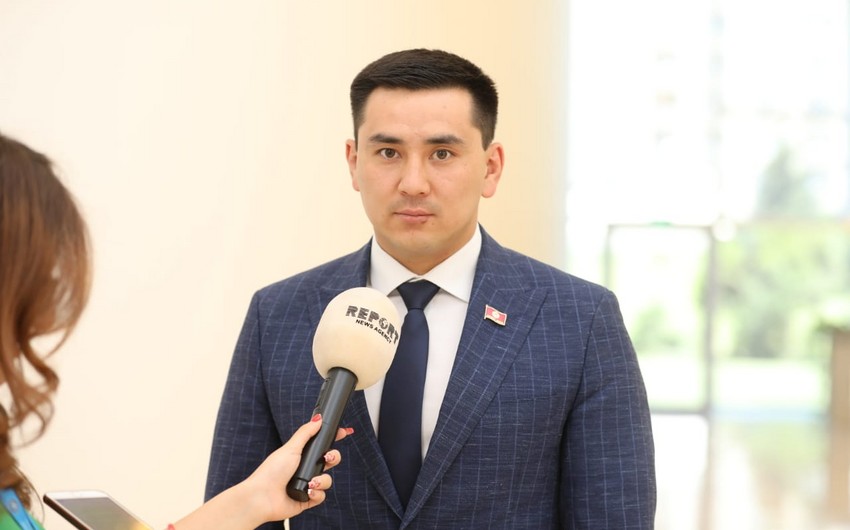 Azerbaijan is making great strides in the Non-Aligned Movement, and it is the great merit of the President of Azerbaijan Ilham Aliyev, Zhanybek Abirov, deputy of the Supreme Council (Parliament) of Kyrgyzstan, told Report.

“Kyrgyzstan is an observer in the Non-Aligned Movement. Yesterday, during his speech, President of Azerbaijan Ilham Aliyev outlined very important points. Other NAM members also demonstrated their position within the NAM,” Abirov said.

Abirov added that after the end of the Karabakh conflict in 2020, he would like all post-conflict issues to be resolved here:

“We also have some contentious issues with Tajikistan, and these issues have been ‘hanging’ for many years. All this must be resolved through negotiations and through the mediation of fraternal countries. I think that with the participation of so many member countries, in the next ten years, NAM will become as influential as the UN,” the Kyrgyz MP stressed.

Commenting on the Azerbaijani-Kyrgyz relations, he noted that Kyrgyzstan is actively cooperating with Azerbaijan within the framework of TURKPA.