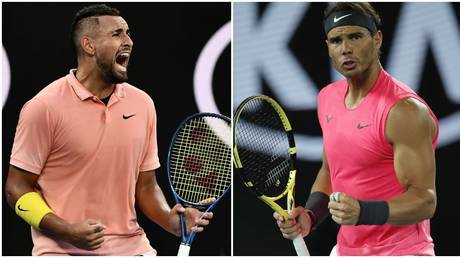 Nick Kyrgios came through a titanic tussle with Russia’s Karen Khachanov at the Australian Open to set up a potentially combustible clash with bitter rival Rafael Nadal.

There he will meet Spanish top seed Nadal, a man with whom he has frequently clashed in the pair’s previous meetings.

Earlier on Saturday, Nadal booked his spot in the fourth round by easing to a 6-1 6-2 6-4 win over fellow Spaniard Pablo Carreno Busta.

Things were far tougher for Kyrgios, 24, as he and Khachanov played out a late-night classic under the Melbourne floodlights.

The Australian took the first set with a double break of serve, despite moving awkwardly at stages and being forced to leave court for a medical timeout.

Kyrgios then won a tight second set on a tiebreak, as the match continued to be punctuated with some typically audacious shots and crowd-pleasing antics from the Australian.

The third set went with serve before Krygios broke the 6ft 6in Russian in the fifth game, seemingly setting himself up for victory in straight sets.

However, the 23-year-old Russian battled back to break in game eight and level the set, leading to a tense tie-break which Khachanov edged 8-6 to keep himself in the match and the tournament.

He’s PUMPED!@karenkhachanov saves a set point before taking the tiebreak 7-6(6) against Kyrgios.We’re heading into a fourth!!! #AO2020 | #AusOpenpic.twitter.com/sBa7c563w5

Khachanov required treatment to his shoulder early in the fourth set, but continued to serve well to keep himself in contention as the fired-up pair took the match to another tie-break nailbiter.

Khachanov saved match point in the tie-break before edging it 9-7 as a late-night epic unfolded at Melbourne Arena.

The Russian needed further treatment on his shoulder ahead of the fifth set, but showed little sign of it bothering him as he appeared to gain the momentum, despite Kyrgios continuing to produce some jaw-dropping half-volleys.

There were lighter moments amid the titanic tussle as both players joined in using towels to wipe bird droppings from the court. 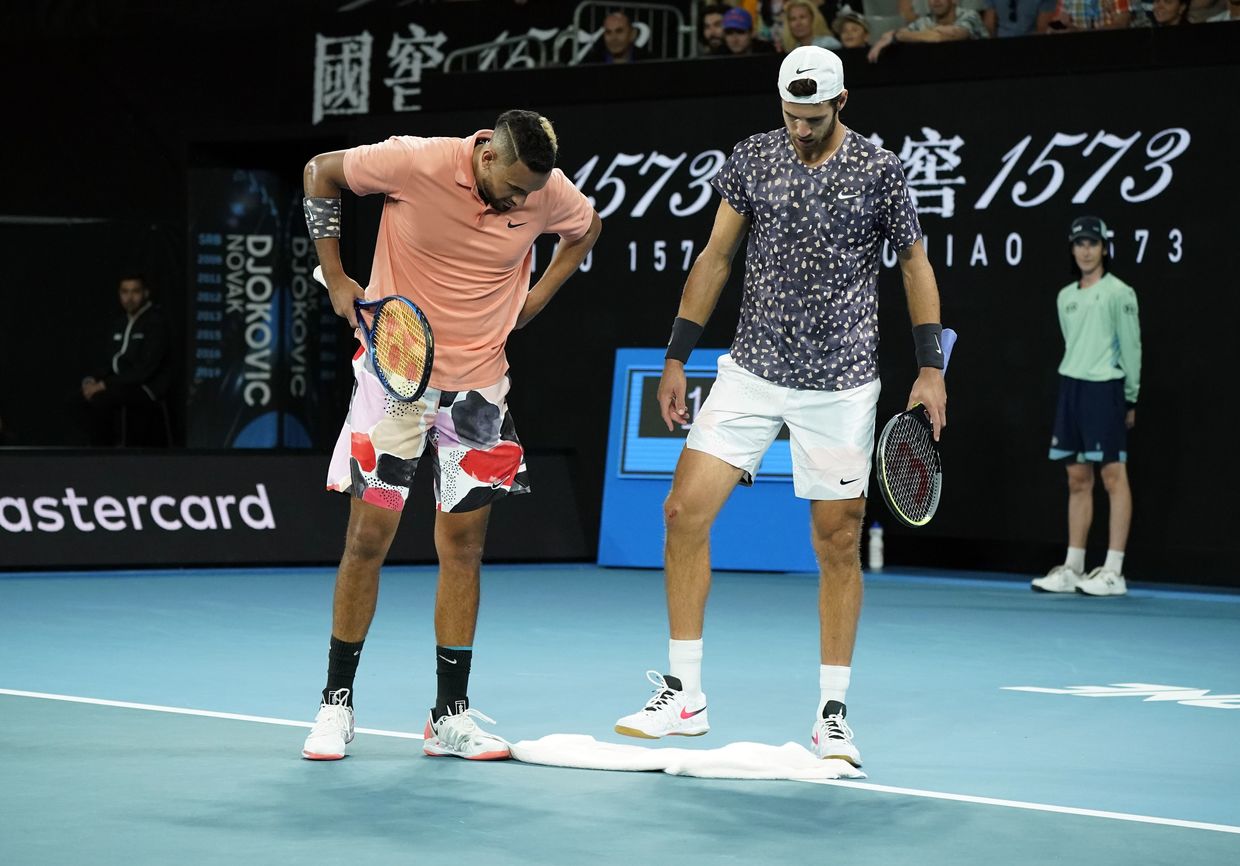 Again the pair could not be separated as they moved to 6-6 in the fifth, setting up a winner-takes-all 10-point super tie-break.

Kyrgios held his nerve to prevail 10-8, and will now have to steel himself for an encounter with his Spanish nemesis Nadal.

The pair have met seven times previously, with 33-year-old Nadal have the edge with four wins. Both of their Grand Slam meetings thus far have come at Wimbledon, where Kyrgios stunned the Spaniard in the fourth round in 2014, before Nadal gained revenge last year by winning their third-round meeting.

There is no love lost between the two, with 19-time Grand Slam winner Nadal accusing the Aussie hothead of lacking respect, while Kyrgios has described the Spaniard as “super salty.” 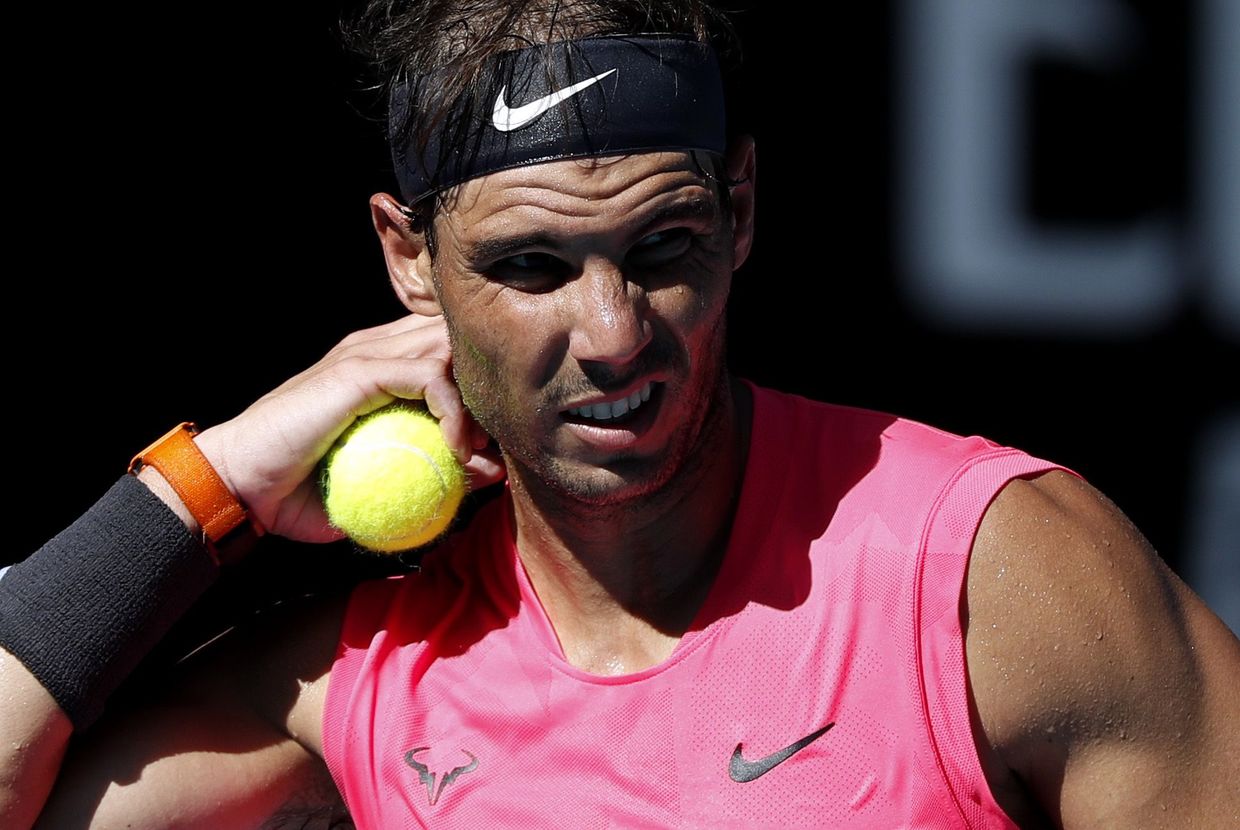 Earlier at this year’s tournament in Melbourne Kyrgios even mocked Nadal, 33, by mimicking his serving action during his second-round match against Frenchman Gilles Simon.

After his win on Saturday, Nadal had admitted he would prefer not to have to face Kyrgios, but that “if it goes that way then I will be ready.”

The tennis world will now eagerly await the latest chapter of one of the sport’s most antagonistic rivalries when Nadal and Kyrgios face off on Monday.