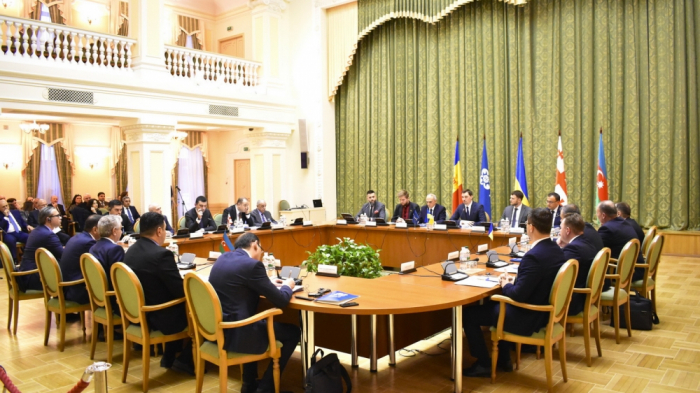 The Ukrainian capital of Kyiv has hosted a meeting of the Heads of Government of the GUAM Member States.

Azerbaijan’s delegation at the event was led by Deputy Prime Minister Ali Ahmadov.

He also emphasized that the development of infrastructure, energy and trade would be one of the key priorities of Azerbaijan’s presidency in GUAM in 2020.

The meeting featured the signing of the Protocol of intent between the customs administrations of GUAM Member States on the use of blockchain technologies in verifying certificates of goods’ origin transported across the state borders of the GUAM Member States and on the mutual recognition of authorized economic operators.

The meeting resulted in the adoption of the Joint Statement of the Heads of Government of the GUAM Member States.

On Tuesday, oil prices fell amid concerns that a nascent recovery in fuel demand could…

The State Oil Fund of the Republic of Azerbaijan (SOFAZ) considered at 5,041.5 million manat…

A tanker loaded with 85,000 tons of crude oil SOCAR for Belarus is expected to…

AZAL again to increase number of special flights to Istanbul

Romania and Azerbaijan are interested in renewable energy sector

Renewable energy sector is of particular interest both for Romania and Azerbaijan, Niculae Havrileț, State…

On Friday, oil prices rose responding to a record decline in U.S. growth as the…

Azerbaijan and China held an online business forum, according to Azerbaijan’s Economy Ministry. The forum,…

05:39 Media ramps up campaign to get Biden out of debates with Trump, offering various excuses other than their candidate’s failing mind

23:55 Billionaire backers of Saudi bid for Newcastle say deal could be revived as 64,000 fans sign petition

23:52 ‘She thinks I’m a weak Instagram model, but I transform in the cage’

22:39 Trump says he doesn’t mind if Microsoft buys TikTok, as long as the deal’s done in 6 weeks