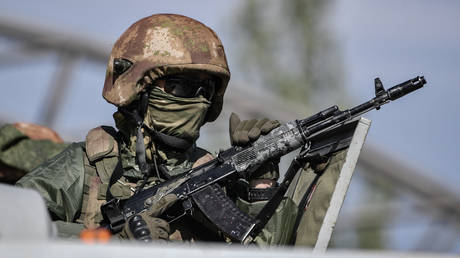 A serviceman of the Armed Forces of the Russian Federation in the village of Energodar, Zaporozhye region. ©  Sputnik

The original format of the special military operation remains following unification with ex-Ukrainian regions, Dmitry Peskov says A serviceman of the Armed Forces of the Russian Federation in the village of Energodar, Zaporozhye region. © Sputnik

Moscow has not rebranded its military campaign in Ukraine as a “counter-terrorist operation” after taking four former Ukrainian regions under its sovereignty, contrary to some expectations, Kremlin spokesman Dmitry Peskov has said.

“This is solely the prerogative of the commander-in-chief, the country’s president,” he told journalists on Wednesday when asked about a possible change of format.

“As of this moment, no such decision has been taken. We are talking about the special military operation, which continues,” he added.

Some political observers predicted that the Russian government would reclassify the hostilities with Ukraine after incorporating a number of former Ukrainian regions, where much of the fighting against Kiev’s troops is taking place. Officials in Moscow accused Kiev on multiple occasions of using “terrorist tactics” against people in frontline regions. There was some expectation that Russia would designate the operation against Ukraine accordingly.

Read more:   Sacking a manager is easy – now the Saudi-led group faces real tests if it wants to emulate the impact of owners like Abramovich

Russian President Vladimir Putin signed into law on Tuesday four acts, which designate the Donetsk and Lugansk Republics and Kherson and Zaporozhye Regions as new subjects of the Russian Federation. 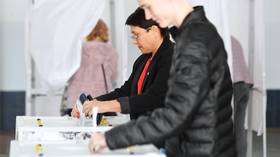 Ukrainian troops are in control of parts of those territories and have recently retaken a number of settlements, which were previously held by Russian forces. Peskov reacted to Kiev’s advances, stating that the new lands “are with Russia forever [and] will be returned.”

The official also commented on the standing issue of the borders of Kherson and Zaporozhye Regions. Peskov described the two new parts of Russia as lands “where the military-civilian administration was in power at the moment of accession.”

“Certain territories will be returned, and we will continue consulting with the people, who would wish to live with Russia,” the spokesman said.

Kiev declared Russia’s move to accept new territories as legally void and based on “sham” referendums that changed nothing for Ukraine. The Ukrainian government declared that it will oust Russian troops from all lands it considers to be under its sovereignty with the help of the US and its allies. (RT)