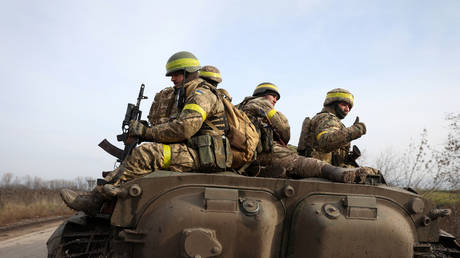 Peace negotiations could start between Russia and Ukraine if Moscow sees genuine “political will” on the part of Kiev to engage in dialogue, Kremlin spokesperson Dmitry Peskov has said. Earlier this month, he noted that the Ukrainian leadership seemed reluctant to sit down for talks at present.

When asked by Russian journalists on Tuesday whether there are any preconditions for any potential dialogue to begin between Moscow and Kiev, Peskov said: “It has to be political will, readiness to discuss those Russian demands which have been known for long.”

Speaking via video-link during the G20 summit in Indonesia’s Bali in mid-November, Ukrainian President Vladimir Zelensky emphasized that “there will be no Minsk-3 [agreement], which Russia would violate right after sealing it.”

The Ukrainian head of state was referring to the Minsk-1 and Minsk-2 agreements brokered by Germany and France back in 2014 and 2015, respectively. The accords, among other things, envisaged special status for Donetsk and Lugansk regions within the Ukrainian state.

Russian President Vladimir Putin cited Kiev’s failure to implement the agreements as one of the reasons for the start of Moscow’s military campaign against its neighbor in late February 2022. 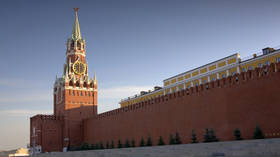 Commenting on Zelensky’s remarks at the G20 summit, Peskov argued at the time that they “absolutely confirm” Kiev’s unwillingness to engage in talks.

Addressing leaders in Bali, the Ukrainian head of state proposed ten steps that, in his view, would lead to peace. Among the key points of his plan is the complete withdrawal of Russian forces from all Ukrainian territories and respect for the country’s borders drawn up in 1991, following the collapse of the Soviet Union.

Meanwhile, Moscow claims some of those regions, most notably Crimea, as its own, following referendums it had held there.

It came shortly after The Washington Post reported in early November that the Biden administration had privately asked Zelensky to signal willingness to hold talks with Russia, if only just for show. Washington was reportedly concerned that Kiev’s irreconcilable position could see support from some of its Western allies dwindle amid what anonymous White House officials described as a growing “Ukraine fatigue.”

The article claimed that Washington was not serious about getting Kiev to negotiate, and only sought to ensure that weapons and other aid kept flowing from as many nations as possible. (RT)