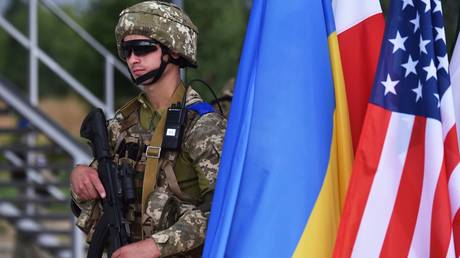 NATO’s “gradual invasion” into Ukraine has brought the US-led bloc right to Moscow’s “red line,” Kremlin spokesperson Dmitry Peskov told CNN. He said the situation poses an imminent threat to the European security as a whole.

Peskov on Sunday cited the documented western promises, which, he noted, have never been “fixed in a legally binding way,” guaranteeing that NATO would not expand further eastwards into the former Soviet bloc. In contrast to these promises, over the past few years NATO’s employed its “open-door” policy to absorb several countries of the former Warsaw Pact. Moscow is drawing the line on this expansion in Russia’s next-door neighbor Ukraine, Peskov told CNN’s Fareed Zakaria in an interview aired on Sunday, as he explained the Kremlin’s position in detail. (RT)