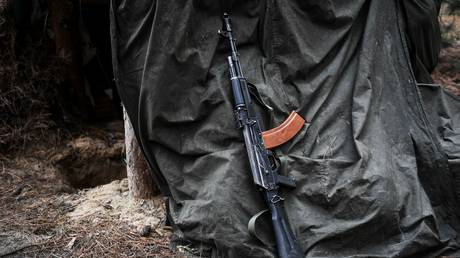 Cessation of fighting depends on Kiev, according to Putin’s spokesperson FILE PHOTO. AK rifle near a shelter in the Kherson region © RIA Novosti; Konstantin Mikhalchevskiy

Ukrainian President Vladimir Zelensky knows that if desired the fighting between Moscow and Kiev could end at any moment, Kremlin spokesperson Dmitry Peskov said during a press call on Thursday.

“You can talk about when all of this will end until you are blue in the face,” Peskov said in response to the Ukrainian president’s recent prediction that the conflict could be over next year. “Zelensky knows when all this can end, it can end tomorrow if desired,” the spokesperson added.

In a recent interview with Politico – which named him ‘the most powerful person in Europe’ – Zelensky stated that Ukrainians “will be the most influential next year, but already in peacetime.”

Meanwhile, Russian President Vladimir Putin said on Wednesday that Moscow’s military operation in Ukraine could turn out to be a “lengthy process” because achieving all of Russia’s objectives could take quite some time. 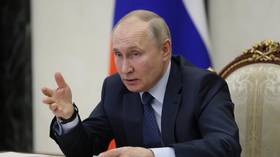 Earlier, the Russian leader also said that it was wrong to talk about the timing of the special operation or try to adjust it. He noted that it was impossible to set an exact date for when the conflict could end because the fighting is still intense. “We are working calmly, the troops are moving, reaching the lines that are set as tasks. Everything is going according to plan,” Putin said back in June.

Russia sent troops into Ukraine in late February, citing Kiev’s failure to implement the Minsk protocols, under which the regions of Donetsk and Lugansk would have been accorded a special status within the Ukrainian state. The Kremlin recognized the Donbass republics as independent states, which have since voted to join Russia alongside Kherson and Zaporozhye regions.