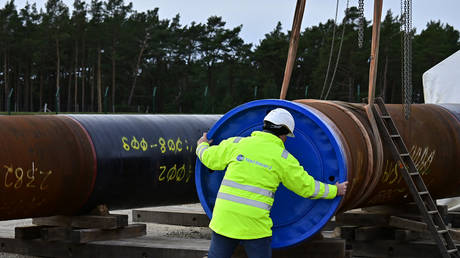 Russian authorities are not able to say whether the Nord Stream 1 gas route will be relaunched, according to Kremlin spokesman Dmitry Peskov.

“The question of a restart is technical,” Peskov told reporters on Thursday, adding that the Kremlin is not up to speed on the issue.

On Monday, Denmark reported leaks from the pipelines after the operator reported a loss of pressure on both Nord Stream 1 and 2. Danish and Swedish authorities later said there had been a series of undersea explosions near the island of Bornholm.

The pipelines were still filled with pressurized gas at the time of the explosions, and are expected to keep leaking into the Baltic Sea until the end of the week, Danish authorities said.

Read more:   EU-Azerbaijan Security Dialogue to be held in Baku

Russia, the US, the EU and Sweden all say the leaks may have been the result of a deliberate act.

Nord Stream 2 was completed in September 2021, but never entered commercial operations as Germany halted its certification indefinitely, while gas supplies via Nord Stream 1 were slashed by Russia in late August over what it said were technical difficulties resulting from Western sanctions.

The pipelines have been at the heart of the energy standoff between Moscow and Brussels since the start of the conflict in Ukraine. The latest developments are expected to inevitably send energy prices soaring, exacerbating the energy crunch in Europe.