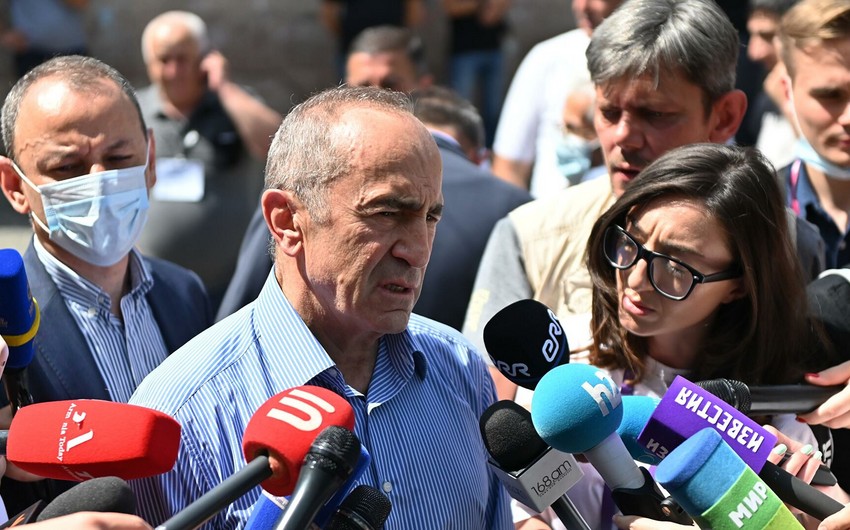 Former Armenian President Robert Kocharyan stated that the ‘Armenia’ political bloc headed by him will turn to the Constitutional Court to appeal the parliamentary election results, Report informs referring to the Russian media.

“We assume that there were massive violations. We saw the use of administrative resources, and therefore we will appeal to the Constitutional Court to appeal the election results,” Kocharyan said at a press conference. He noted that the election results were unexpected for everyone, as evidenced by the results of opinion polls.