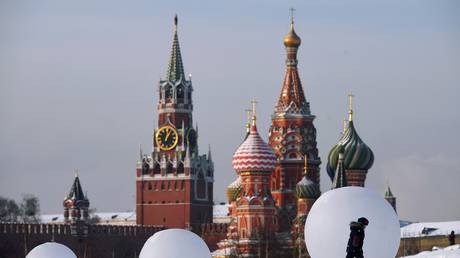 Donald Trump’s efforts to reduce the ideologically driven base of US foreign policy fuelled great resentment among those who believed it betrayed Washington’s leadership position in the so-called “liberal international order.”

Now that power has changed, will the pendulum swing in the opposite direction, with Joe Biden’s administration applying a radical ideological foreign policy?

A recent article by Michael McFaul, once Barack Obama’s ambassador to Russia and a noted ‘Russiagate’ conspiracy theorist, indicates what such an ideological foreign policy would look like. McFaul’s article, ‘How to Contain Putin’s Russia’, makes a case for a containment policy.

Containment: learning from the past or living in the past?

To advance his argument, McFaul quotes George Kennan, the author of the Long Telegram and architect of erstwhile US containment policy against the Soviet Union. McFaul suggests that Kennan’s advocacy for a “patient but firm and vigilant containment” against the revolutionary Bolshevik regime 75 years ago remains as valid as ever.

It would have made more sense to quote Kennan when he condemned NATO expansionism and predicted it would trigger another Cold War. As Kennan noted: “there was no reason for this whatsoever. No one was threatening anybody else. This expansion would make the Founding Fathers of this country turn over in their graves.”

Kennan continued to express disbelief over the rhetoric by the misinformed US leadership, presenting “Russia as a country dying to attack Western Europe. Don’t people understand? Our differences in the Cold War were with the Soviet Communist regime. And now we are turning our backs on the very people who mounted the greatest bloodless revolution in history to remove that Soviet regime.” Kennan then went on to correctly predict that, when Russia would eventually react to US provocations, the NATO expanders would wrongfully blame Russia.

Ideologues often have nostalgia for the Cold War, when the bipolar power distribution was supported by a clear and comfortable ideological divide. The Western bloc represented capitalism, Christianity, and democracy, while the Eastern bloc represented communism, atheism, and authoritarianism. This ideological divide supported internal cohesion within the Western bloc and drew clear borders with the adversary.

The liberal international order has attempted to recast the former capitalist-communist divide with a liberal-authoritarian divide. However, the ideological incompatibility between American liberalism and Russian conservatism is less convincing. For example, McFaul cautions against Putin’s nefarious conservative ideology committed to “Christian, traditional family values” that threatens the liberal international order.

The new ideological divide nonetheless advances neo-McCarthyism in the West. McFaul presents a list of European conservatives and populists that should be treated as American conservatives, purged from political life as enemies of the liberal international order and thus possible agents of Russia. Hillary Clinton even suggested that the Capitol Hill riots were possibly coordinated by Trump and Putin – yes, Russiagate is here to stay. The solution, for McFaul, is for American tech oligarchs to manipulate algorithms to protect populations from Russian-friendly media. 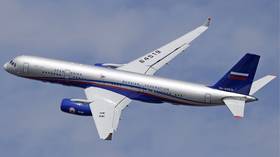 After the Cold War, liberal ideologues advanced what was seemingly a benign proposition – suggesting that liberal democracy should be at the center of security strategies. However, by linking liberal norms to US leadership, liberalism became both a constitutional principle and an international hegemonic norm.

NATO is presented as a community of liberal values – without mentioning that its second largest member, Turkey, is more conservative and authoritarian than Russia – and Moscow does not, therefore, have any legitimate reasons to oppose expansionism unless it fears democracy. If Russia reacts negatively to military encirclement, it is condemned as an enemy of democracy, and NATO has a moral responsibility to revert to its original mission as a military bloc containing Russia.

Case in point: there was nobody in Moscow advocating for the reunification with Crimea until the West supported the coup in Ukraine. Yet, as Western “fact checkers” and McFaul inform us, there was a “democratic revolution” and not a coup. Committed to his ideological prism, McFaul suggests that Russia acted out of a fear of having a democracy on its borders, as it would give hope to Russians and thus threaten the Kremlin. McFaul’s ideological lens masks conflicting national security interests, and it fails to explain why Russia does not mind democratic neighbors in the east, such as South Korea and Japan, with whom it enjoys good relations.

Read more:   China will be the only major economy to see growth this year as world braces for long recovery from Covid-19 crisis – IMF

States aspiring for global hegemony have systemic incentives to embrace ideologies that endow them with the right to defend other peoples. The French National Convention declared in 1792 that France would “come to the aid of all peoples who are seeking to recover their liberty,” and the Bolsheviks proclaimed in 1917 “the duty to render assistance, armed, if necessary, to the fighting proletariat of the other countries.”

The American liberal international order similarly aims to liberate the people of the world with “democracy promotion” and “humanitarian interventionism” when it conveniently advances US primacy. The American ideological project infers that democracy is advanced by US interference in the domestic affairs of Russia, while democracy is under attack if Russia interferes in the domestic affairs of US. The liberal international system is one of sovereign inequality to advance global primacy.

Corey Detiege, better known as Chucky Trill to his fans, was pronounced dead in a…

How much did EU spend on unsuccessful gas projects?