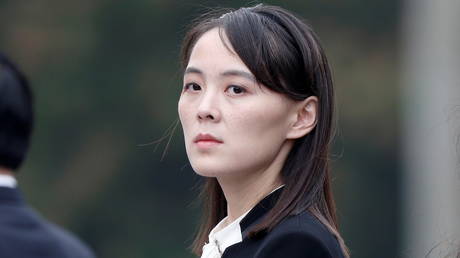 Kim Yo-jong, the sister of North Korean Supreme Leader Kim Jong-un, shot down the United States’ hopes for a return to dialogue between the two countries, warning that such an expectation would leave the US disappointed.

Last week, after Kim Jong-un said North Korea must be prepared for “dialogue and confrontation,” White House National Security Advisor Jake Sullivan called the comments an “interesting signal” and added that the Biden administration “will wait to see whether they are followed up with any kind of more direct communication to us about a potential path forward.”

In a statement on Tuesday, however, Kim Yo-jong – who serves as the deputy department director of the Publicity and Information Department of the Workers’ Party of Korea – warned that the US should not get too hopeful. (RT)